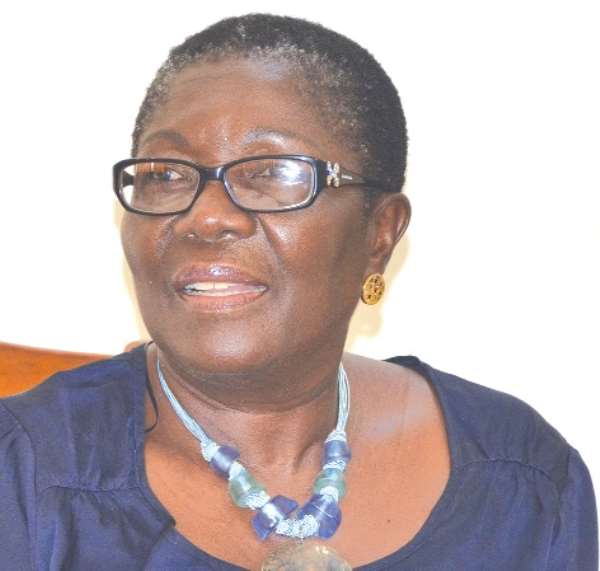 Two women's right activists have described the Supreme Court verdict as a victory for all Ghanaians and called on political leaders to abide by their commitment to peace.

The two, Ms Dorcas Coker-Appiah, Executive Director of the Gender Studies and Human Rights Documentation Centre (Gender Centre), and Ms Edna Kumah of the African Women Lawyers Association (AWLA), are of the view that the interest of the country should reign supreme.

After an eight-month legal tussle between the presidential candidate of the New Patriotic Party (NPP) in the December 2012 presidential election, Nana Addo Dankwa Akufo-Addo; his running mate, Dr Mahamadu Bawumia, and the Chairman of the NPP, Mr Jake Obetsebi-Lamptey, and respondents, President John Dramani Mahama, the Electoral Commission (EC) and the National Democratic Congress (NDC), the Supreme Court yesterday dismissed the petition and declared President John Mahama the legitimate winner of the 2012 election.

In the weeks and even months preceding the verdict, various groups, including the National Peace Council and religious organisations as well as individuals called for peace before and after the verdict.

Ms Coker-Appiah, who spoke to the Daily Graphic, after the verdict, said 'Finally, all is over and the Supreme Court has spoken, it is therefore imperative for all who are commited to peace to accept the results  and move on with their lives'.

According to her, what should be of interest now was how to develop the country, saying that there was the need to continue with the execution of projects and programmes aimed at the rapid development of the country.

Ms Coker-Appiah mentioned that there was the need to address issues such as the fallen standards of education and access to education, stressing that this was the time for all to join hands in building the country.

'If we have said we will accept the verdict no matter the outcome, this is the time to show the rest of the world that we have grown in our democracy', she added.

To her the verdict of the Supreme Court should serve as a shining example to the rest of the world, and Africa as a continent, where civil wars and conflicts had become the order of the day.

She called on all to go on with their normal duties and cautioned the youth not to allow themselves to be coerced into engaging in any act of violence that would mar the peace the country had enjoyed over the years.

According to her, due to the Supreme Court hearings, the economy of the country had been slow, thereby making life difficult for a lot of people, especially women and children and therefore advised that with the ruling of the court, there was the need for all, especially the government, to work at developing the nation's economy.

However, she said without peace, the country could not develop, and, therefore, there was the need for all to ensure that there was peace in the country in order to attract foreign investments and support from development partners.

She said throughout the world and on the African continent in particular, most conflicts had started because of elections, and therefore called on Ghanaians to serve as a good trailblazers to the world by ensuring that peace prevailed.

'We are all Ghanaians and we are one people, the verdict affects all of us in different ways but let us all take it in good faith and move the country forward', she said.

She called on all irrespective of political affiliations to comfort one another, saying that grieving and jubilations should all be done in moderation.