THE RACE FOR POLITICAL SUPREMACY IN GHANA: THE DAY AFTER 29 AUGUST 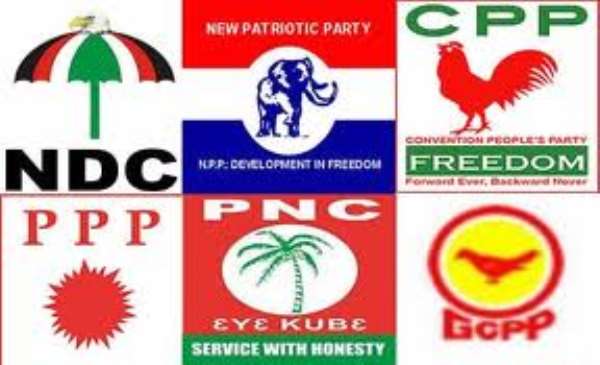 Just as nature would have it, Thursday the 29th of August, 2013 was so calm and serene with cloudy weather conditions across most parts of the country symbolising peace. Need I say the same was on both Tuesday, 24th July, 2012 during which Prez. J.E.A Mills joined his ancestors as well as the day on which the one year anniversary of his death was marked.

It all began on that fateful day of 28th December, 2012 when three leading members of the NPP led by its 2012 standard-bearer, Nana Akufo-Addo, filed a petition at the Supreme Court (SC) of the Republic challenging the validity of the election of the incumbent president, John Mahama. Indeed, this case dragged on for eight months with half of this duration used for the live broadcast of the entire court proceedings on the State-owned television. One cannot forget the intense moments, the legal drama just as seen in the Boston Legal series, the statistics and the sheer 'home-knowledge' exhibited by all parties in the case. Oh yeah! One can't forget about the legal jargons on display amicus curie et al.! Finally, the judgement has been delivered by the eminent nine justices of the highest court of the Land upholding the legitimacy of the election that led to the declaration of Mahama as the president by the Electoral Commission (EC) of the Republic. In all these, I wish to salute that rare gem of a man in the name of Dr. Kwadzo Afari Gyan, the EC boss. May your kind live long in our great Republic.

As I have always stated, the election petition in a democracy is a right once a person disagrees with the result of an election. However, any winnable petition must be water-tight (not as ascribed by some) because rejecting a national electoral result has serious diverse socio-economic implications hence such a decision cannot easily be taken by any court of law worth its name. I need not remind you of the negatives of this petition? Of course, it has its own positive namely the possible reformation of our electoral processes. As a progressive, I believe in reformation. However, the needed reformation of our electoral system does not need such a rigorous activity to activate it. It is a fact that almost after every election in Ghana, some amount of reformation is done. For me, the main people who caused our nation this immense dissatisfaction and unnecessary anxiety aren't the EC but the political parties. This is because if the political parties had serious people as polling station agents unlike the uneducated 'macho-men' they used in most instances, these agents would have identified almost all the issues raised in the petition. Having identified those stuff, they would have prompted the presiding officials to correct same. Yeah, in this instance, not just the NPP but also the NDC is implicated. If you think otherwise, why wouldn't the NDC polling station agents identify these mistakes of filling wrong columns with correct numbers and prompt the EC officials to effect the needed corrections? Come to think of it; lots of the presiding officers of the EC (doing the wrong entries) were submitted to the EC by these main (2) political parties. That's the reality. I just hope the EC will assert its power and get serious people for such jobs in the future. Certainly, in the future, I hope all national assignments involving numbers etc. will be taken more seriously and not left in the hands of incompetent individuals.

Now, what's the future of politics in Ghana? I do not intend to consider individual future political ambitions especially that of Nana Akufo-Addo. I strongly share in the belief that only the two major political parties will be on the political stage for a significant period. However, the NDC could have a stronger hold on politics in Ghana for a longer period than the now acclaimed continuous two terms for each political party administration. Yes, NDC can stay in power for a pretty long time before NPP can take over.

Firstly, the key factor on which lots of Ghanaians cast their vote is their quest for development. Interestingly, the pursuit for development isn't about rocket science development but rather the provision of potable water, electricity and good road. It is always difficult to comprehend why a country like Ghana with all its resources, both natural and human, cannot provide these very basic things for her people. So if the NDC can capitalise on the current resource endowed environment that has recently added oil to its immense resource base, there's no way the NDC cannot continue to hold on to power legitimately for a pretty long time. This is it: provide these basic things of life and win power. An enormous drop in corruption among government officials is a key avenue to get much money to implement this developmental agenda. It is possible!

One cannot run away from the tribal voting pattern in Ghana. Of course, it is not healthy for politics in any part of the world especially in the developing world. Remember even in the most advanced democracies such as that of the United States, there are 'tribal' voting pattern which per the composition of that country is christened racial voting pattern. Hispanics and Latinos are more likely to vote for the Democrats while the Whites will easily go for the Republicans. By virtue of votes obtained across the Nation, the NDC seems to cut across the whole nation. Why does it seem the NDC is speedily increasing its votes in traditional NPP tribal areas? The answer is simple: most of the natives of those areas have top positions in the NDC hence their people feel being part of the NDC administration anytime the NDC is in power. Is it strange that the NDC is protecting its main stronghold (the Volta Region) by electing their standard-bearers (after JJ) from regions other than the Volta? It is simply to protect that which seems intact and go look for more. Will you get a flag-bearer in either the NDC or the NPP and his family members and towns-people won't vote for such a candidate? Remember, democracy (election) is about numbers. Certainly, it is easy for the NPP to reverse this trend if and only if they can give highly top positions to other people especially those from the NDC strongholds. I dare say anytime the NPP will present a non-Akan (Asante, Fante, Akwapem, Bono) as its standard-bearer in an election, it shall win that election hands down.

Also, despite the school of thought that the petition as brought before the SC by the NPP is bound to strengthen the nation's democracy, there are many out there who still believe that this petition has placed the country into some unnecessary tension for the past several months. The economic loss which continued to be counted by all players in that sector is another obstacle argued by many others. This, to some people, will create an unlikely to be forgotten aversion towards the NPP in the next few elections especially that of 2016. Don't forget that those making such arguments also have votes to cast in subsequent elections.

The cards highly favour the NDC to lead the race for political supremacy in Ghana unless the NPP will initiate and implement some radical changes into its folds. It must be stated that it won't also be as easy as you might think for the NDC because most African politicians, not excluding those in Ghana, always fail to be counted when it matters most.

On this great day after the 29th August SC judgement declaration of the electoral petition, let's all celebrate this beautiful country of ours.

Folk, remember your thought today can make the world better tomorrow. Think about it!