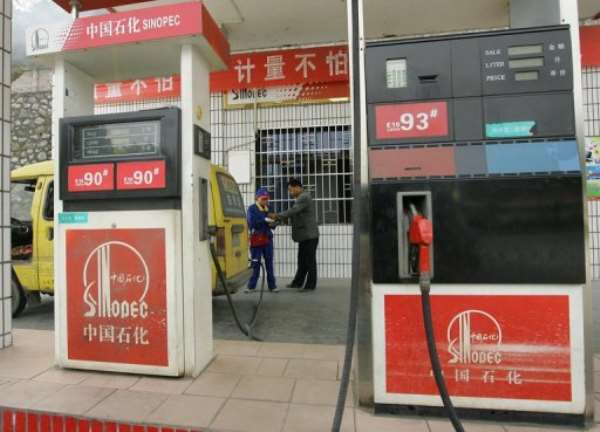 SHANGHAI (AFP) - Chinese oil giant Sinopec is entering Egypt despite the country's political strife, announcing on Friday it is buying a $3.1 billion stake in an existing operation as China scours the globe for energy reserves.

State-owned Sinopec will buy a one-third share in the Egyptian oil and natural gas business of US firm Apache Corp., the companies said.

The deal, which is still subject to regulatory approval, marks Sinopec's first entry into exploration and production for oil and gas in Egypt, Sinopec said.

It is the latest major Chinese resources acquisition abroad and comes after CNOOC, another Chinese state-owned energy giant, bought Canada's Nexen in a $15 billion deal last year despite political opposition.

The move comes despite chaos in Egypt as supporters of the country's deposed president Mohamed Morsi clash with the new government installed after the military overthrew him last month.

"China's external dependence on oil is relatively high, so the overall tendency is to search globally for assets with good cost performance," said Li Li, an analyst at consultancy C1 Energy.

"The announcement shows they believe the scale of the political risk can be controlled," she told AFP.

China has also sought to build stronger political and business ties with African countries, but officials deny criticism it is seeking to strip the continent of resources.

"Through this partnership, Sinopec is able to enter the upstream oil and gas sector of Egypt for the first time and expand its international upstream portfolio," Sinopec said in a statement.

"This partnership will further build up Sinopec's capability and experience in promoting overseas reserves and production."

China is already the biggest energy user in the world and the second-largest oil consumer after the United States.

Houston-based Apache said its operations in Egypt's western desert were "unaffected" by political events, according to a separate statement.

The deal is part of what Apache called a new "strategic partnership" with the Chinese firm, as the US company seeks to shift its own attention more towards North America.

The Chinese government on Thursday acknowledged the role resources play in the economies of African countries, but said its firms could help develop energy and mineral deposits.

The listed unit of Sinopec was down 0.68 percent in Shanghai on Friday afternoon and fell 1.41 percent in Hong Kong.

Apache, which is listed on the New York Stock Exchange, closed down 0.67 percent at $78.64 on Thursday.

We're ready to go to jail for fighting the bogus, discrimina...
33 minutes ago