CONGRATULATIONS TO EVERY GHANAIAN, But Let’s Face The Facts …Part 1 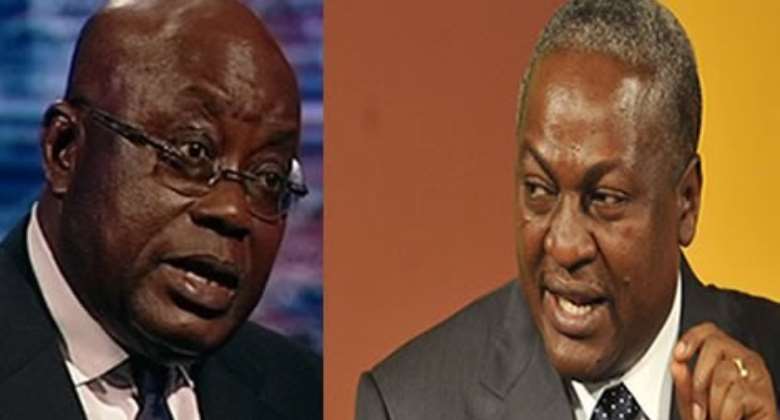 First of all, let every tongue give praise to God Almighty for instilling the peace we all prayed for and for giving the various petitioners and respondents the spirit of acceptance of the Supreme Court verdict. So far, there has not been any news of violence or death in connection to the judgment. However, there are news of private celebrations on-going at the various NDC circles, and likewise, reports of private wailing and mourning in the corners of the NPP circles. Those are natural reactions expected but what wasn't expected was the manner in which these two feelings have been thus far controlled. Bravo!!!

Personally, I was not surprised by the verdict. It was long expected judgment that would deny Nana Akuffo Addo the chance of ever becoming the President because he didn't win it. My publicized views made it clear, after I met Nana Akuffo Addo here in Houston, TX, that the odds of him becoming my president were slim to none. I laid down my case (google my article titled - It's Official: Alan v Mahama 2016). NPP chapters all over the US wrote silly and empty rejoinder in an attempt to attack my credibility. A thousand shall fall at thy side, and ten thousand at thy right hand; but it shall not come nigh thee (Ps 91:8) and they have fallen witha BIG BANG. Let it be clear that I am NPP in principle but not that kind of NPP that many are; their zeal to see NPP in power has blindfolded them to the point that NPP fanatics will vote for Sir John to be the next presidential candidate. They will naively tell you that as for Sir John We Know (Sir John De3 Yenim Dada). That same reasoning was used to elect Nana Akuffo Addo when better alternatives were there.

There are two undeniable facts observed: Women and the massive unemployed youth vote more than the other categories of voters, and secondly, personality counts in election. The youth and the women did not find the NPP candidate attractive, and the successful branding of Nana Akuffo Addo as arrogant by the NDC propaganda team worked. Mark my words: there will still be people who will want Nana to vie for the slot AGAIN. And their reasoning? Afie De3 Ebe Yeyie (As for this year, it shall be well) Waa Look? My fellow NPP fanatics, I write with joy that my series of articles released have exonerated me. Nonetheless, as an optimistic fan, I still feel obliged to contribute my views. In that spirit, I recommend that the next NPP congress should consider basic skills set of the potential candidates as listed below:

Which of them has the x factor that can garner votes?

And of course, which of them is humble?

I am not saying these are all the qualities to watch out for. What I have said is that these must be part and parcel of the traits of the candidate. The truth about my challenge is this: you get those skills from the folks under 60 The Mahamas, the Kyeremantengs, the Botwes, the Bawumias, etc. (certainly not the Marfos, Obetsebes,etc). If our opponent is giving us candidates under 60 why do we present candidates over 60? Well, as we have seen, the difference favoured the youthful candidate, and that is what happened. I don't want to go into the dynamics of policies because both candidates presented to the electorates exaggerated manifestos that both looked good on paper. Remember, actions on paper can only be debated hypothetically.

Dear NPP fans, stop saying NDC rigged the elections; because that defense doesn't hold water. Utimately, the Supreme Court didn't see any tangible reason to believe that empty talk. Let us learn from what led to our defeat, at least from the voter's point of view. The intellectual explanation doesn't work because the majority of your our supporters are traders and farmers. They take no delight in the vocabularies of reasons that led to our defeat. Sometimes, our choice of who leads the party makes our case for us; the likability, the personality, the age, the perception, etc. I hope someone is reading my articles. After all, I presented better arguments why NPP lost [would lose] rather than the paid surrogates who thought it was a done deal. Watch out for Part 2. God bless NPP, God bless Ghana.

WRITER'S NOTES: I always write with expectation that few will retaliate with insults rather than productive counter views. It is always obvious the kind of folks that hide behind the curtains to insult writers. Such people give me reason to write more because it tells me how far my people are brain-washed. Unfortunately, I read all comments so feel free to share your views of support or oppose.