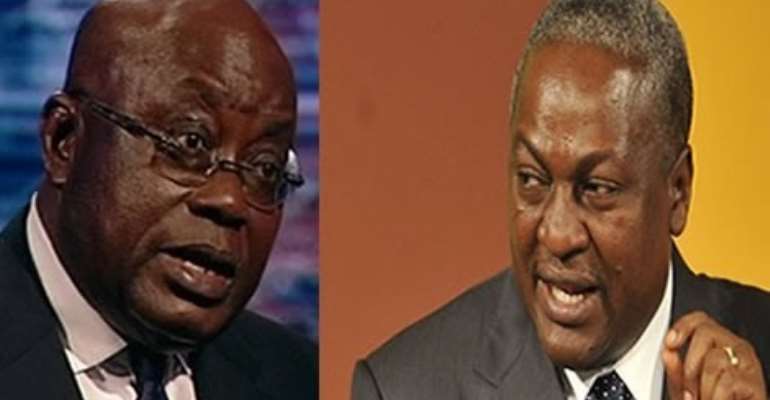 The following is how they captured the judgement of the Supreme Court yesterday:

The New Patriotic Party (NPP) had alleged that there were irregularities which inured to the benefit of Mr Mahama, a charge his National Democratic Congress (NDC) denied.

NPP leader Nana Akufo-Addo told the BBC he was disappointed but accepted the verdict and urged his supporters to do likewise.

Ghana is generally seen as a beacon of democracy in the region.

The case was broadcast live on television and radio in a rare sign of judicial transparency in Africa, says the BBC's Akwasi Sarpong in the capital, Accra.

After the judgement was announced, a crowd of governing NDC supporters emerged to stand on the court stairs, singing and waving white handkerchiefs.

The court ruled that President Mahama had been "validly elected" after beating the NPP's Nana Akufo-Addo by 50.7 per cent to 47.7 per cent in the December 2012 election.

Mr Akufo-Addo said he would respect the decision of the nine judges.

"I urge all our supporters to accept the verdict - and in peace," he said.

The NDC General Secretary, Mr Johnson Asiedu Nketia, said he was happy with the judgement, as he knew the party had done nothing wrong.

The ruling hopefully ends the anxiety hanging over the country for the last eight months, our reporter says.

Ghanaians have been spellbound by the hearings, as such cases are not usually beamed into the homes of people, he says.

The NPP had asked the court to scrap some four million votes, alleging the result was tampered with to guarantee Mr Mahama's victory in the first round of the election.

The NDC argued that any mistakes made by polling station officials, while recording ballots, was not an attempt to subvert democracy, and there were insufficient grounds for the court to overturn the result.

Despite the legal challenge, Mr Mahama was inaugurated in January.

AP
For its part, the Associated Press (AP) reported that Ghana's Supreme Court had upheld the results of the last presidential election after opposition officials challenged them.

The New Patriotic Party had cited irregularities in the vote held in December.

Ghana, a nation of 25 million on Africa's western seaboard, is one of the few established and stable democracies in the region.

Mahama won December's vote with 50.7 per cent of the ballot but the opposition New Patriotic Party (NPP) had alleged fraud ranging from inflated tallies to the participation of unregistered voters.

"The overall effect is that the first respondent (Mahama) was validly elected and the petition is therefore dismissed," Justice William Atuguba, president of the nine-member panel, told a hearing.

Most shops in central Accra were shut and the streets were quiet as many Ghanaians watched the verdict at home. Police had sealed off the main streets leading to the court, where helicopters hovered overhead, part of a deployment of 30,000 officers nationwide in case of any violence.

Both Mahama and opposition leader Nana Akufo-Addo had pledged to accept the ruling and had asked their followers to do same.

The ruling should ease uncertainty in one of Africa's brightest frontier markets, which has built a reputation for political stability in turbulent West Africa.

However, analysts said investors' attention would now shift back to the government's efforts to trim a budget deficit which climbed to more than 12 per cent of GDP last year.

"Although an important element of uncertainty has been removed with the court verdict, it is unlikely that we will see a significant market impact," said Razia Khan, Africa analyst at Standard Chartered Bank. "Investors will pay careful attention to any measures aimed at achieving fiscal consolidation," he said.