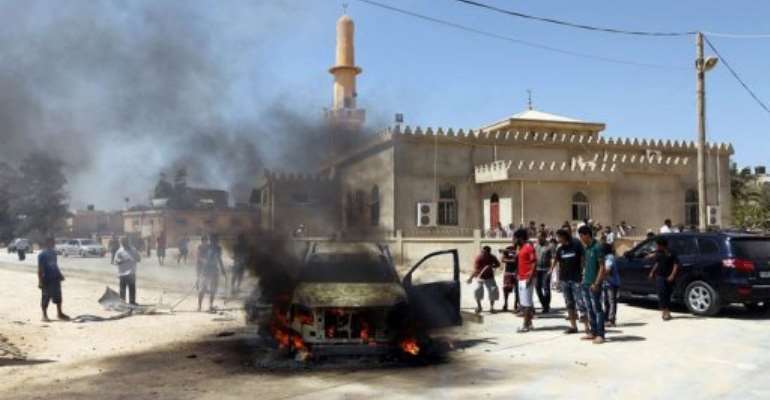 People gather around a burning car after an explosion killed Yussef Ali al-Asseifar on August 29, 2013. By Abdullah Doma (AFP)

BENGHAZI, Libya (AFP) - A blast on Thursday killed a Libyan military prosecutor in the eastern city of Benghazi who was in charge of cases involving Kadhafi-era regime officials, a security source said.

Yussef Ali al-Asseifar died when a bomb placed under his car exploded, the source told AFP on condition of anonymity, adding that the prosecutor's brother was also killed in the blast.

Cradle of the 2011 uprising that ousted Kadhafi, Benghazi has been rocked by a series of killings of soldiers and police who served under the former regime, as well as judges.

Libya's new rulers have struggled to re-establish order and form a professional police force and army since Kadhafi's overthrow.

They face former rebel fighters who run powerful militias and refuse to be reined in.