At least 23 dead in floods in Mali capital: government 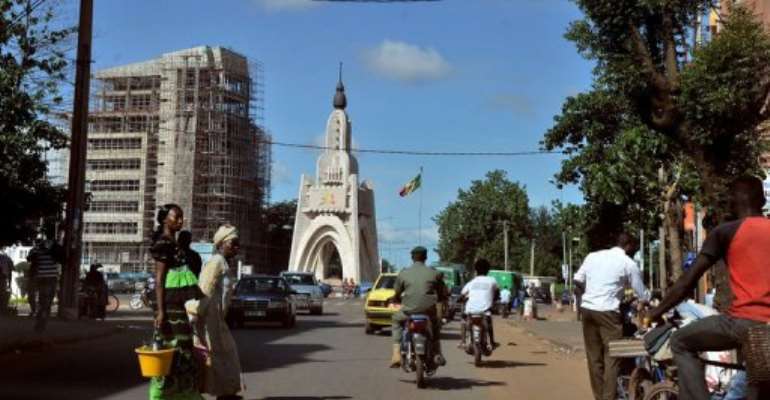 BAMAKO (AFP) - At least 23 people have been killed in flash floods caused by torrential rain in the Malian capital Bamako, a government official said on Thursday.

Thousands were also made homeless as the Niger river burst its banks, destroying around 100 houses in several hours of heavy rain on Wednesday in the city of around two million people, said Alassane Bocoum, the national director of social development.

"There have been 23 people killed," he told AFP, adding that all had been identified.

The worst damage was done to poorly constructed mud-brick homes on drainage sites on the banks of the river, although residents reported concrete homes had also been battered by the raging floodwaters.

"A monitoring group has been set up to get people to abandon homes built largely of dried mud that could collapse," Bocoum said, adding that the serious flooding had been confined to the capital.

Flooding often leads to widespread displacements and casualties during west Africa's June to October rainy season, as well as disease outbreaks due partly to poor sanitation.

Entire streets and several bridges across Bamako were submerged, and motorcyclists and pedestrians found themselves suddenly caught up in rising floodwaters.

"The damage is enormous...There haven't been any deaths here but the rainwater is up to our knees at home. The state must act, and fast," Gaoussou Kanoute, 30, a resident of one of the worst-hit areas, told AFP.

"Our houses have been made from mud bricks for decades but this is the first time that we've really been worried. The government sent us mats but this is not enough -- we need more help," housewife Oumou Dabo added.

As workers and householders began the massive clean-up and rescue operation, local government officials became the focus of much of the anger, with residents accusing the authorities of failing to maintain a proper drainage system.

"I have been in this neighbourhood for 30 years. I have seen floods here but never on such a scale. This is the first time I have seen such a large amount of rain fall," Amadou Sidoro told Progress.

"What are they doing with our taxes? It is always the poor who bear the brunt of these disasters."

Although a major gold producer, Mali has been deserted by tourists and foreign investors and economic growth is at a 10-year low as the country struggles to emerge from its worst crisis in living memory.

Last year Mali was upended by a separatist rebellion and coup that toppled the elected president and allowed Al-Qaeda-linked Islamist fighters to occupy the north before being ousted by a French-led military intervention.

The flooding in Bamako is the first big challenge to face president-elect Ibrahim Boubacar Keita since his election on August 11, which was also marred by heavy rain in the capital and flooding in the north.