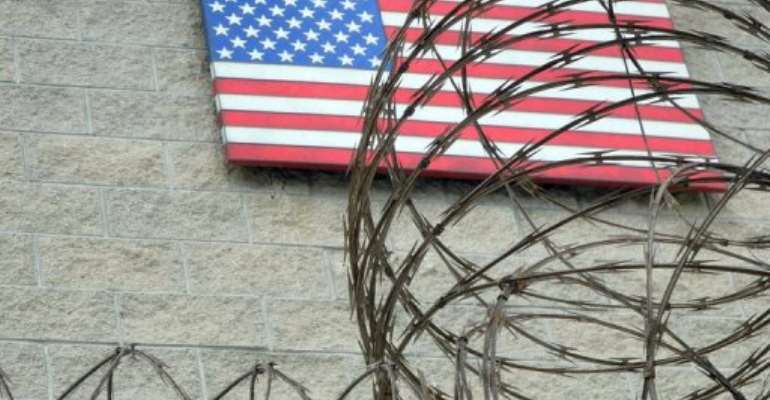 The US flag at the naval base in Guantanamo Bay, Cuba on August 7, 2013. By Chantal Valery (AFP/File)

WASHINGTON, District of Columbia (AFP) - Two Algerian prisoners at the US military detention facility at Guantanamo Bay have been transferred back to their homeland, the Pentagon said in a statement Thursday.

Nabil Said Hadjarab and Mutia Sadiq Ahmad Sayyab were handed to the government of Algeria under a deal announced last month as part of efforts to eventually close the War on Terror military prison.