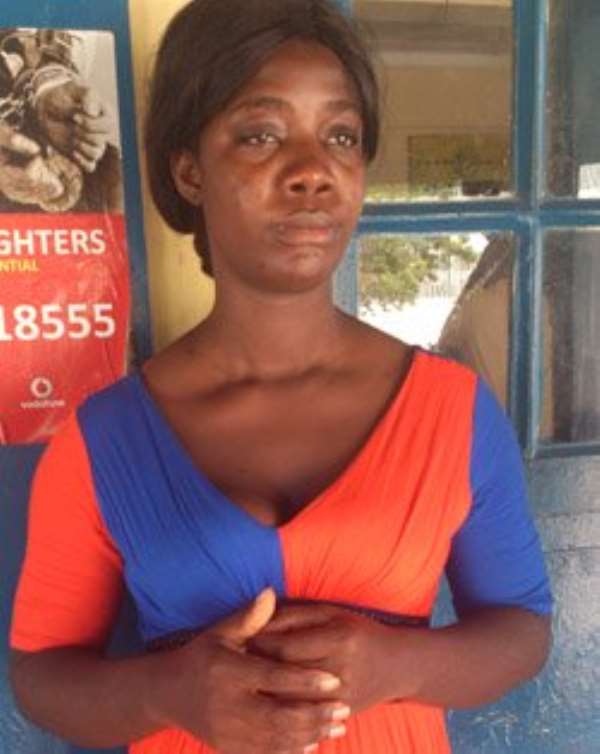 EMELIA APPIAH, the pregnant lady who has been stealing parcels and money gifts at wedding receptions in Accra, has admitted her guilt at an Accra Circuit Court.

The accused person on her first appearance at the court, presided over by Romaine Abele Abbey, had denied a charge of stealing. However, she changed her plea to guilty yesterday, when the case was called.

The court, following her decision, convicted Emelia on her own plea but deferred sentence to September 9, 2013.

Emelia Appiah, 23, who the court has refused to grant bail, will remain in police custody until the court decides her fate on the next adjourned date.

The accused person, recently managed to steal cash of GH¢15,000 at the wedding reception of Eric Botwe and his wife, Linda Botwe at 37 Military Hospital Officers' Mess after acting as one of the wedding planners.

She was, however, arrested when she attempted to use the same modus operandi at a wedding ceremony at Dansoman

Narrating the facts of the case, the prosecutor, Inspector Nyadikor, told the court that the complainant, Eric Botwe Junior, is a businessman who on April 20, 2013, got married to Linda Botwe.

According to the prosecutor, on the morning of the wedding, Emelia went to the bride's house and introduced herself as a member of the team who were to dress the bride.

Emelia was, however, refused access to the bride because when she arrived, the bride had already been dressed up.

The prosecutor further stated that Emelia followed up to All Souls Baptist Church, South La, where the wedding took place and posed as Salomey Boatemaa Boamah, who was one of the gift custodians.

The church clerks reportedly arranged the gift table and after the wedding ceremony, all the parcels and envelopes amounting to GH¢15,000 were taken to the reception grounds at the 37 Military Hospital Officers' Mess.

Emelia, according to the prosecutor, again introduced herself to a witness in the case as a course mate of the bride at the University of Cape Coast.

The plaintiff, on April 21, 2013, lodged a complaint with the Cantonments Police about the matter and informed his friends to be on the lookout.

Inspector Nyadikor stated that on August 17, 2013, Emelia was spotted at another wedding reception at St. Margaret Mary Preparatory School, Dansoman by one of the witnesses busily receiving parcels and therefore raised the alarm.

The accused was arrested and taken to Dansoman Police Station. Later she was brought to Cantonments Police Station where she gave her statement to the police.

In her caution statement, Emelia allegedly admitted the offence but stated that she stole only GH¢8,000.

According relatives of the suspect, Emelia is said to be a trained teacher, who teaches at a private school at Kasoa.

Other victims have since come out to lodge similar complaints against her upon hearing the story.

We're ready to go to jail for fighting the bogus, discrimina...
1 minute ago