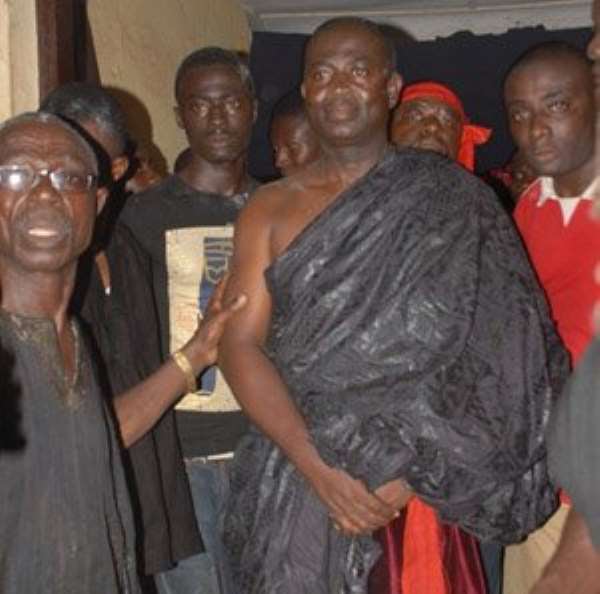 Col Kojo Asumaning Awuti aka Dasebre Oti Bruku II who was served criminal summons to appear before a Koforidua Circuit Court was on Wednesday missing in court.

He was served alongside six others who played key roles in enstooling him as a chief in Kwabeng on Friday August 16, 2013 in the Atiwa District of the Eastern Region.

All the six were present in court but their charges were not read to them because of the absence of Col Kojo Awuti.

The case has since been adjourned by the judge, Ruby Ayitey to Wednesday September 11, 2013, to enable Col Awuti to appear before the court.

After he was processed he was handed over to a team of military policemen who whisked him to Accra.

The police had sought a high court order, to restrain Col Awuti who was enstooled amidst controversies to stop him from being outdoored as a chief.

There had earlier been installation of a rival Professor Kyei Aboagye, former dean of Medical School at the University for Development Studies (UDS), on August 12, 2013 with the stool name Nana Aboagye Nkwantabisa II.