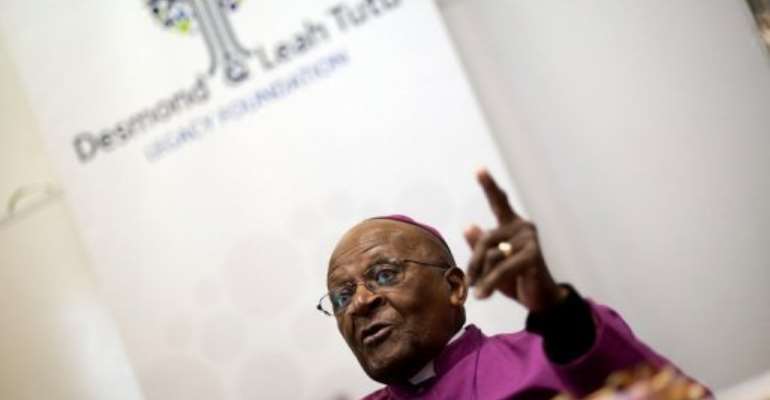 JOHANNESBURG, Gauteng (AFP) - Nobel peace laureate Desmond Tutu on Wednesday warned against military action in Syria calling instead for "human intervention" and the need for more time for UN inspectors to conclude investigations.

"The violent crises in Syria (and Egypt) are crying out to people across the world: 'please help us!'" the foundation of South Africa's peace icon said in a statement.

"UN chemical weapons inspectors are on the ground in Syria, but need more time to finish their work."

"We need to talk, to avoid further bloodshed, not to fight."

US President Barack Obama told PBS NewsHour that his government had concluded that Assad's regime was behind the horrific attack on civilians in a Damascus suburb that killed hundreds of people.

But no decision has been made yet on whether to strike Syria, he said.

However Obama said he had concluded that "direct military engagement, involvement in the civil war in Syria, would not help the situation on the ground".

Britain also said it would not take military action against the Syrian regime before UN inspectors report back on evidence of chemical weapons attacks.

Tutu said while "invading Syria" may see the capture or killing of Assad, "it may, also, precipitate a general escalation of tensions and violence in the Middle East".

Western powers have made it clear that any strike would be limited in scope, aimed only at punishing the regime and not at toppling Assad nor in any way likely to change the course of the conflict.