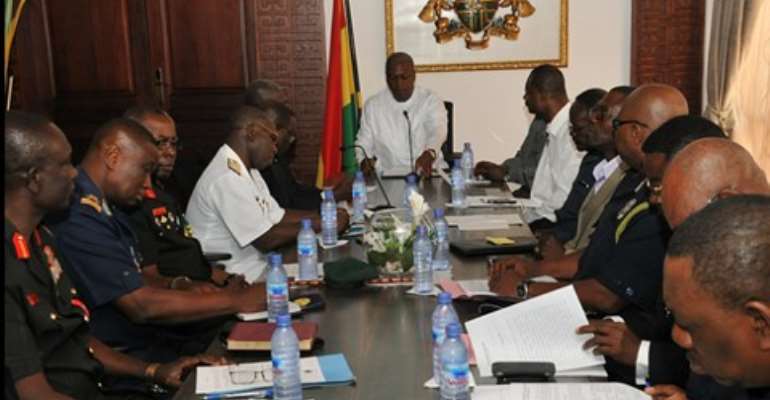 The President and Commander-in-Chief of the Ghana Armed Forces, John Dramani Mahama, on wednesday met with the National Security Council, which comprises of the heads of the various security agencies.

The meeting, a sequel to previous ones held and presided over by the President, reviewed the security situation in the country and decisions taken at the last meeting to improve the security and safety of the citizenry.

Wednesday meeting is said to be fourth this year, that the president had met with all the Security Chiefs.

Ghana running into unsustainable debt levels topping 80% of ...
4 minutes ago