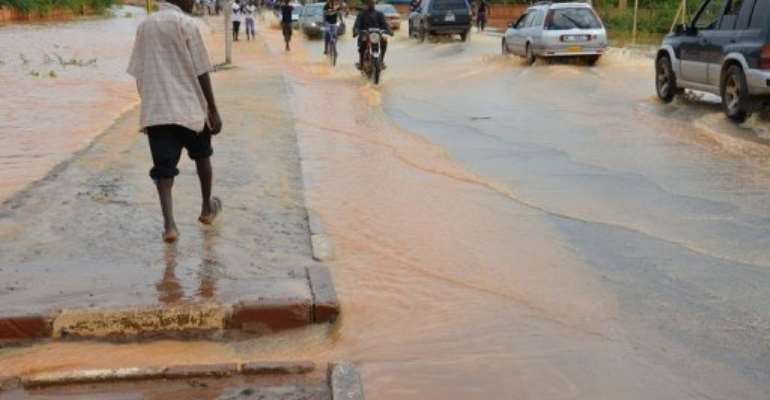 Vehicles use a flood-water covered road near the Niamey river in Niamey on August 21, 2012. By Boureima Hama (AFP/File)

NIAMEY (AFP) - Severe flooding since the start of August in drought-prone Niger has killed at least 20 people and left around 48,000 homeless, the United Nations and local media reports said Wednesday.

The central Maradi region is the hardest-hit, with nine deaths and 19,425 people displaced, said the UN, while four have been killed in the northern desert region of Agadez where rainfall has been unprecedented.

The majority of people left homeless by the floods have found shelter in local schools.

The UN has warned that farmland in the west African nation is now threatened by a "massive" invasion of locusts as a result of the floods.