Somalia govt gets a boost with key Jubaland deal 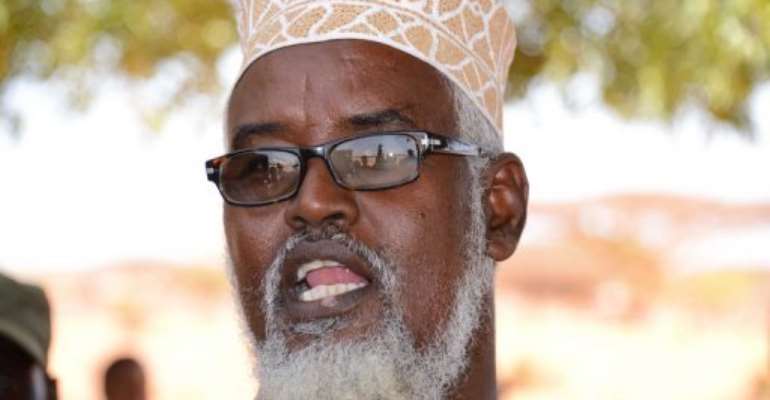 Ahmed Madobe, leader of the Ras Kamboni militia, speaks during a meeting in Kismayo on February 28, 2013. By Mohamed Abdiwahab (AFP/File)

ADDIS ABABA (AFP) - The semi-autonomous Somali state of Jubaland agreed Wednesday to ally itself with the national government in a boost to efforts to unify the war-torn nation.

The deal was hailed by Somalia's internationally-backed authorities, who have struggled to extend their reach far beyond the capital Mogadishu.

Jubaland, situated in southern Somalia and bordering Kenya, was previously one of several semi-autonomous regions of the fractured Horn of Africa nation.

Other breakaway regions are Puntland in the northeast -- which wants autonomy within a federation of states -- and Somaliland in the northwest has declared total independence.

The agreement was signed by Somalia's state minister, Farah Sheikh Abdulkadir, and the self-appointed leader of Jubaland, Ahmed Madobe, after a week of negotiations in the Ethiopian capital Addis Ababa.

"The Federal Government of Somalia and the (Jubaland) delegations have agreed to an Interim Administration" for the region, said a copy of the agreement as seen by AFP.

The deal will see Madobe head the region during a two-year transitional period.

He will also hand over the port and airport in the strategic coastal city of Kismayo to the central government and integrate "all security elements" into the national army.

Madobe, who pronounced himself president of Jubaland last May, said he was committed to implementing the accord.

"I want to assure you I have not stood up here to say something and then we don't implement," he said after the talks.

"I hope this will be something that will be implemented practically and will be good... for the rest of Somalia," he added.