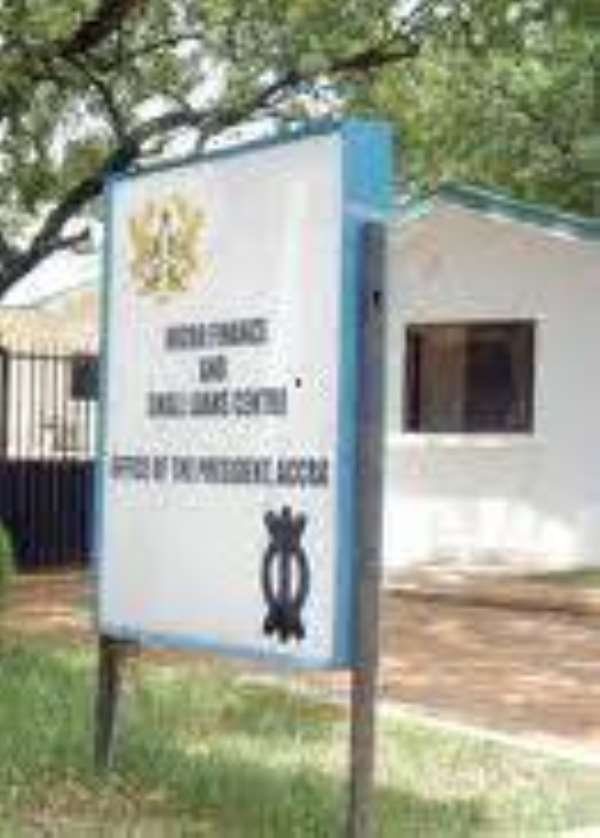 Accra, Aug 27, GNA - Hajia Mariam Sinare, Board Chairperson of the Microfinance and Small Loan Centre (MASLOC) has presented a cheque of GH¢3 million loan to 265 traders of the Makola market who were affected by the recent fire outbreak.

The loan, which would be distributed among the affected traders according to their request, came with flexible payment terms.

Speaking during the presentation on Tuesday, Hajia Mariam Sinare said the Centre received applications from 368 affected traders but only 265 availed themselves for assessment by the Centre to determine their qualification for the loan.

She urged them not to be daunted by the unfortunate situation but rather work hard to pay the loan to enable others to benefit.

Dr Alfred Okoe Vanderpuije, Accra Mayor, pledged government's commitment towards the rehabilitation of the markets, adding that, the Assembly had approved a rehabilitation plan presented by the executives of the Makola Market Complex Association for consideration.

He expressed the hope that the rebuilding of the market would put an end to street hawking, which sometimes exposed the traders to danger.

Mr Julius Debrah, Greater Accra Regional Minister, said the presentation formed part of government's commitment to the affected traders and in fulfilment of a promise he made to assist them when the fire outbreak occurred about two months.

Demonstrate diligence and honesty in your work – Outgoing KM...
42 minutes ago