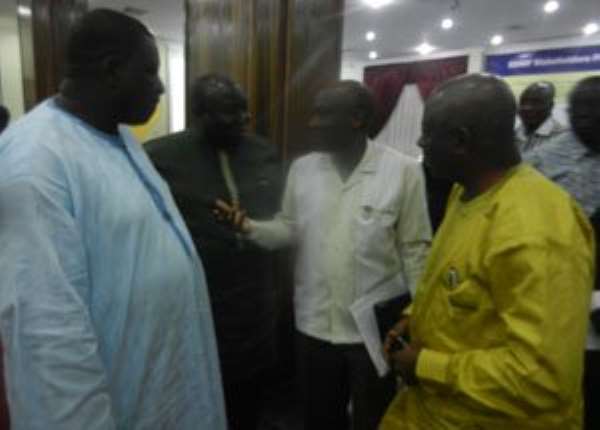 Managers of the Export Development and Agriculture Investment Fund (EDAIF) are strategizing to expand the scope of funding to reach out to other sectors.

In line with this, the Export Development and Investment Fund Act 2011 (ACT 823) is being reviewed with the aim to provide financial resources for the development and promotion of export trade, agriculture and industry.

The review among others will examine the ill result in a name change of the fund to Export Trade, Agricultural and Industrial Development as well as expand the scope of application of the resources of the fund to include the development and promotion of the agro-processing industry, manufacturing and other players who were not covered under the old law.

At a day's stakeholders' consultative meeting to review the EDAIF ACT, Haruna Idris, Minister of Trade and Industry, recommended the expansion of the fund to cover more small scale enterprises and the manufacturing sector.

The minister suggested an interest rate between 12.5 to 15 percent instead of the prevailing 23 per cent interest rate on funds extended to beneficiaries.

Minister of Finance and Economic Planning, Seth Terkper said players in the export and agriculture sector should initiate strategies to penetrate the China, India and Turkish markets.

He also called for the establishment of the Exim Bank branch in Ghana to provide long term loans to the private sector.

Nana Owusu Afari, President of the Association of Ghana Industries (AGI) lauded EDAIF for the support extended to the business community.

Marietta Brew Appiah -Oppong, the Attorney General, in a remark, encouraged the fund to ensure 'serious due diligent is done on all applicants' and called on beneficiaries to ensure they comply with the terms of payments to make it possible for others to access the fund.

She also said it was important for members of the board to disclose their interest, as part of a move to curb corruption in the management of the funds since the new act makes provision for that and spells out the sanctions.

Sulemana Ibrahim, Acting Chairman of EDAIF, in an interview, said the funds had the financial resources to disburse but had been limited by the current act.

'When we open up the fund we can reach more and by so doing we can get the maximum benefit on establishing this fund.'

He said on a yearly basis, the fund disburses 'not less than GH¢100 million to a number of applicants in diverse sectors'.