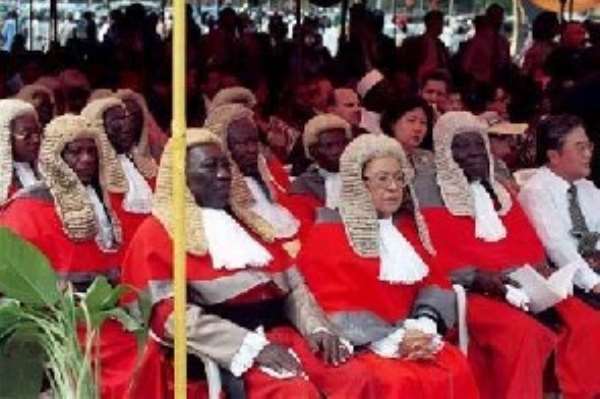 As a developing nation, our challenges are enormous and our actions in addressing these challenges are limited. So the ordinary citizen wakes up in the morning wanting to hear things on the side of policy actors; measures initiated to mitigated our woes as a people who have journey through life over 50 years after independence.

And what do we hear every morning, doctored and fabricated tapes which serve as malicious intoxication to the ignorant in society. It is actually sad when such tapes are woven from the stables of key people who have the fiduciary role ameliorating the pains of the average Ghanaian on whose taxes they have fed fat.

First it was a doctored tape of Anthony Karbo, former National Youth Organizer of the New Patriotic Party (NPP), during the 2012 election campaigns. A tape poorly crafted to fan the non-existent flames of ethnicity. When truth prevailed and this shameful agenda fell flat on its tummy, the spin doctors are at it again on Samuel Awuku, Deputy Director of Communications of the NPP.

At a time when the whole nation is waiting for the final verdict of the Presidential Election Petition case, the verdict of which has the ability of changing and advancing our democratic experiment as country, the backward self-aggrandizing political actors can only see chaos and nothing else. With doctored tapes here and there seeking to twist and turn the mindset of the politically unsuspecting victim to buy the wears of their pathetic trade! The question which baffles me is what do they want to achieve with this nefarious act?

If there is any politician from the National Democratic Congress (NDC) who has won my admiration in recent times, is Dr. Kwabena Adjei, National Chairman of the NDC. His mere presence and speech at the 21st anniversary of the NPP speak volumes of how as a country we may disagree in politics; sometimes fiercely, but still see ourselves as one people with a common destiny. I appeal to the NDC Chair to tell those hooligans in his political fraternity, boldly but calmly, that THIS IS NOT THE TIME.

In a time when government has openly told its workers of plans to review downwards or scrapping off the Single Spine Salary Structure (SSSS), in a time when there is abundance of strikes from every sector of the economy, UTAG to FUSSAG, including a threat by the judiciary staff workers association (JUSSAG) whose services are crucial in times like this, in a time when the Ghana cedis is facing it worst nightmare in decades, in a time when the good people of Ghana are losing faith in the Ghanaian economy and system being petrified by our level of stale progress. This is certainly not the time for doctored tapes to be circulating on social, print and electronic media with the sole aim of tarnishing the image of a young politician.

It's time for sober reflections about the tasks ahead, our zest as politicians to find lasting solution to the innumerable problems which stare as in the face, problems which has the potential of threatening the very existence of our democratic establishment for which blood has been littered and pains incurred. It's certainly the time to lay hold on accounts as to how as a nation we have fared in addressing key developmental issues.

Finally, I want to appeal to all Ghanaians to keep calm and bear in mind that the ultimate is peace and justice. I highly commend the petitioners for sending this case to the shrine of justice i.e. Supreme court than resorting to violent acts. The composure of the respondents also deserves commendation and their commitment to accept the verdict of the Supreme Court is assuring. To the politicians who have shown to the good people of Ghana that they won't sit aloof to see Ghana burn but will do their best to ensure the peace and tranquility in the nation, WE STAND WITH YOU THROUGHOUT. But to those who for their parochial interest wish to destabilize the country through fabricated and doctored tapes, we say to you, YOU SHALL FAIL!