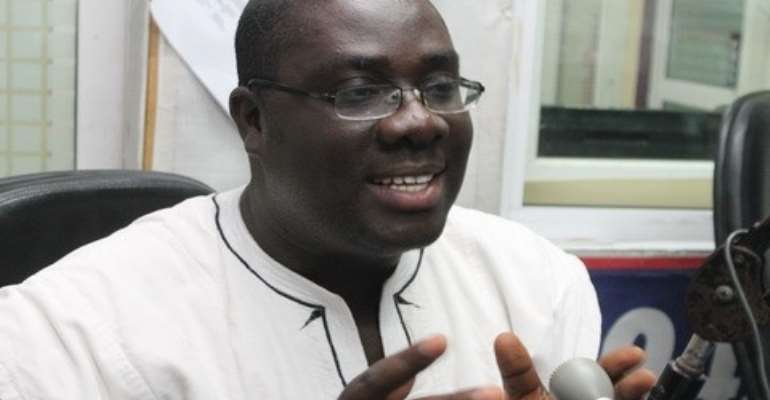 I have stated time without number that the NPP's petition case before the Supreme Court has no solid evidence but can at best be described as a window dressing save facing act by a desperate desperado, Nana Addo Dankwa Akufo-Addo, who lost the 2012 Presidential election but cannot face the shame from his supporters.

Turns out that I am right. And so are the NDC and President John Mahama's legal teams who have demonstrated in court that Nana Akufo-Addo lost the elections but is deliberately trying to deceive the court that something uncanny was done to steal the elections from him.

Sammy Awuku, the unrepentant deputy Communications Director of the NPP, let out the ball when he boldly stated in London at a meeting with some NPP executives, that Nana Akufo-Addo is going to win the petition case largely due to the help of eight justices sitting on the case because of their sympathy towards the cause of the NPP.

Sammy Awuku, who did not stop there but went on to mention the names of the eight justices, left everybody who listens to his voice on a tape recording in no doubt that the eight justices were going to flip their votes in favour of Akufo-Addo not on the merits or demerits of the case, but because of their 'buddy-buddy nature' with the NPP.

Hear Sammy Awuku in his own words, ''It is true that among the nine judges, we also have at least quite a good number who are favourable to our cause and that is the only thing that has restrained us.'

Sammy Awuku, who was cautioned not too long ago by the justices of the SC after making some contemptuous comments, did not stop there but went ahead to mention the names of the justices who are going to support Nana Akufo-Addo to win the petition case by 8-1.

Awuku called out the names of Justices Akoto Bamfo, Baffoe Bonnie, Dotse, Adeniyira, Julius Ansah, Gbadegbe and Anim Yeboah and Gbadegbe and imputed that the NPP is on solid grounds because these justices were going to vote 8-1 in favour of the NPP.

Sammy Awuku singled out Justice William Atuguba as the only black spot among the nine justices and stated that, 'if you will realize the attack has not been on the nine judges. It has been targeted at a particular individual. (somebody shoutedAtuguba).'

The NPP deputy Communications Director, then went on to lambast Justice Atuguba in these words, 'Let's be very fair but because he doesn't want to go down alone he finds a way of extending it to all his colleagues. But the target among the nine judges has never been Akoto Bamfo or Baffoe Bonnie or Dotse or Adeniyira or Julius Ansah or Gbadegbe or Anim Yeboah or Gbadegbe. It's been targeted. Because if you have a president of a panel and its even 8-1, and you are the one dissenting, Jesus Christ, 8-1, and the president of the panel and when you see embarrassment starring you in the face you say Atuguba JJC dissenting on jurisdiction grounds.'

God has indeed de-drossed Sammy Awuku and the NPP who are not relying on solid evidence to win the pending petition case but are counting on their friendship and buddy-buddy relationship with some members of the SC to coast to victory.

The diabolical mind and the hollow case that the NPP has presented to the SC have been flawed with this exposure. It clearly demonstrates that Nana Akufo-Addo is relying solely on fraud and deceit to win this case at all cost.

Indeed, Sammy Awuku, who cannot keep his mouth shut was forced by Devine intervention to speak out weeks before the determination of the case so that Ghanaians can draw their own conclusions.

I guess Sammy Awuku has made the work of the nine Justices very hard especially the ones he has outed as being for the NPP.

I don't think the NPP supporters will be happy with Sammy Awuku whose bombshell is being released just 72 hours before the determination of the case. This explosive gossip by Sammy Awuku has muddied the waters at the SC and this has put a different spotlight on the petition case. WE ALL LIVE TO SEE!