Ahead Of Supreme Court Verdict: Peace Message From SONETCO Institute 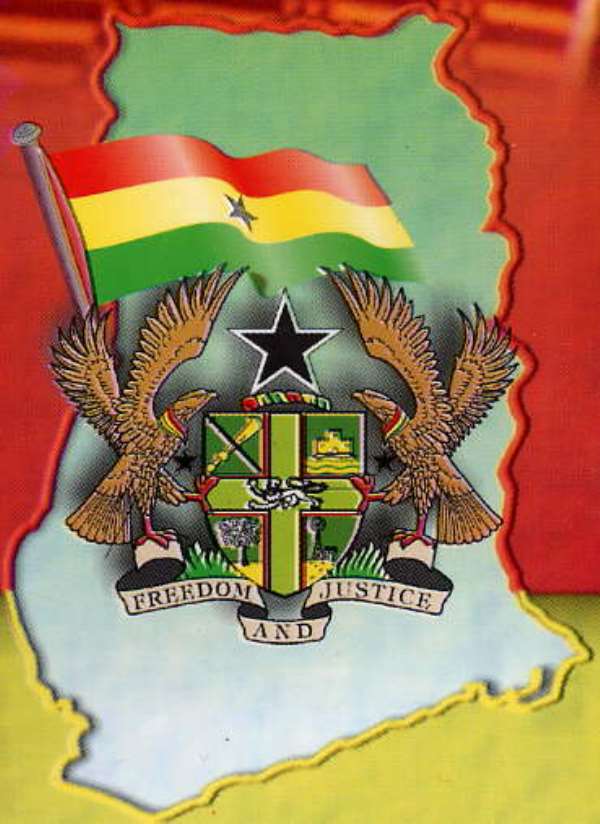 Why Ghana Cannot Afford To Go To War After The Supreme Court Verdict.......

Ghana cannot afford to go to war after the Supreme Court verdict and we need to start preaching peace now. Disagreements beget violence and violence begets War but in a civilized era where a matter was allowed to follow its judicial course citizens should be willing to accept the verdict rendered by a legally established court given mandate by 'we the people' and the constitution. War will not only be devastating but will push our infantile democracy back into the abyss of where we started from.

I can say without mincing words that Ghana's democracy remains an enviable one in the entire region and we must do everything to protect it. Ghana is the beacon of hope and the single shining star to many countries in Africa. Ghana, the gateway to Africa, remains an overarching force that sets standards for other African countries to follow.

It has been planted into the history books that the very first African country president Obama visited was Ghana. A visit recorded as a monumental gesture to other countries to follow the democratic footprints of Ghana. Was it an act of denigration to Kenyans that Obama did not visit his paternal country? Think about it. Ghana cannot afford to go to war because we have come too far.

Ghana cannot afford to go to war. We cannot go back to where we began. Never.

Historic lessons of war:
The good thing about life is that you have the opportunity to learn from the mistakes of others if only you are ready to learn . We all remember a seemingly conflict at its nascent stages in Liberia which ensued into a protracted war. A war which led to the countless deaths and displacements of millions of our African brothers and sisters. The atrocities, carnage and the despicable acts of dismemberment committed by the infamous Charles Taylor regime on his own people. Human beings were slaughtered like cows and goats by various warring factions all in the name of politics.

The associated pillaging by both the military as well as the expropriation of assets led to a loss of international confidence in the Liberian economy even long after a cease fire was announced. The debilitating socio-economic effects in the region especially the refugee situation where a lot of Liberians were displaced all over the world. Remember the birth of Budumbura after Kasoa something akin to mere 'dumpage' of trash at a location awaiting recycling.

The annoying spectacle of filth at these refugee camps and the sheer chaos and hopelessness one saw on the faces of these refugees. Most of these camps were beleaguered by problems such as epidemics, appalling sanitary conditions, rape and other unthinkable sexual acts perpetrated by fellow refugee on fellow Liberian refugee. Above all, the ever tightening noose of stigma which is deeply planted into an indelible history about the Liberia war.

Liberia war will remain in the hearts of Africans and in particular Liberians who suffered the brunt of Charles Taylor's war crimes against humanity. In 2013, decades after the war you meet a Liberian your first thought is how did he or she survive the war. All you could do is to nod your head in affirmation that God must be on his side.

In the Americas, although not designated as refugee neighborhoods one can only bow his or her face in shame and anger and wonder if the curse that led to the Liberia war continues to follow our brothers and sisters. Although happily ensconced in designated American neighborhoods they are places noted for staggering homicides rates, crimes and acts of depravity.

Ghana cannot afford to go to war. We can learn from history. Never.

Why wars in Africa after cease fire continues to last into perpetuity?

The Africa continent is largely multifarious . Within the same country there are numerous tribes, languages and even within the same tribe there are multiple sects which makes an African country veritably heterogeneous. These factors inherently serve as the most in arguable manacle against fostering unity in mind and thought of the African in matters of mutual socio-economic development. The multiplicity in our tribal differences bolstered by the lack of a unifying language cannot be overemphasized as the most important divisive factor retarding our socio-economic development.

Long after a war, there is a smoldering animosity that continues to exist which is natured and passed on from generation to generation in African countries. This insidious residue from a long war is watered and natured by our numerous tribal differences. In South Africa, they set a rehabilitation committee aimed at abridging these differences in order to deaden the rancor, mistrust and hatred that will continue to live among South Africans. War comes with unforgettable memories of deep seated pain and anger of heinous acts committed on the living and the dead. In a country already divided around tribal lines your bet is as good as mine that resorting to war after the SC verdict will thwart all the economic development successes we have achieved thus far.

Ghana cannot afford to go to war. Never
The Youth:
The youth has an important role to play in upholding the peace and tranquility of our nation. I don't foresee our fathers and mothers running to the streets to start any violence because they are not pleased with the supreme court decision. History will forever remember the youth who steadfastly did not resort to mayhem after the SC decision. History will forever remember the youth of today who refused to be betrayed by the greedy bastards blotted by malevolence, mere thoughts of avarice and hate to push our beloved country onto an unforgettable journey of war.

Ghana cannot afford to go to war.The youth.. you cannot let Ghana down