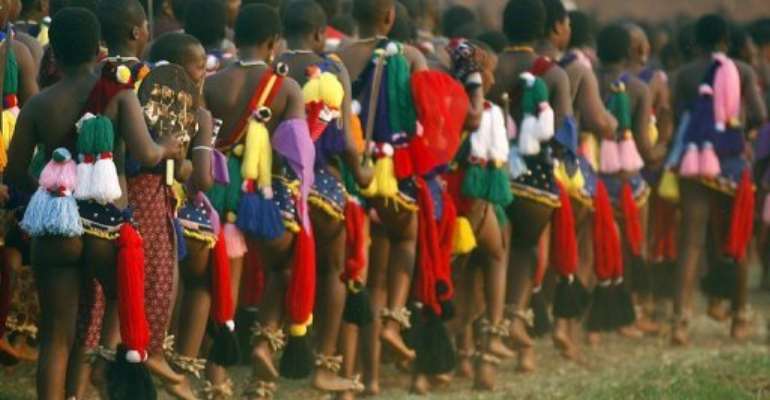 The tiny mountain kingdom of Swaziland votes for a new parliament September 20, 2013. By Paballo Thekiso (AFP/File)

MBABANE, Swaziland (AFP) - The tiny mountain kingdom of Swaziland votes for a new parliament Friday, in an election dismissed by critics as a rubber stamp for King Mswati III's absolute rule.

Around 415,000 of the country's 1.2 million citizens are registered to cast their ballots for 55 parliamentarians.

Political parties are not formally banned, but are restricted, and the country remains sub-Saharan Africa's last absolute monarchy.

Election candidates are hand-picked locally by traditional chiefs, who are loyal to the king.

Mswati holds ultimate sway over the government, he can veto new laws, dissolve parliament and may not be sued or charged.

He recently described the system as a "monarchical democracy".

Opposition groups like banned party Pudemo and South Africa-based Swaziland Solidarity Network have called for a boycott of the poll.

"Although the Swazi government boasts trappings of a modern state... the monarch, King Mswati III, chooses and controls all significant office bearers. These must obey his commands at all times," said US-based rights group Freedom House in a damning report this month.

But the presence of a handful of reform-minded candidates has led some commentators to speculate that Swaziland's royals may be preparing a more inclusive government that could bring gradual change.

Locked between Mozambique and South Africa, Swaziland remains one of the world's poorest countries, though its monarch is said to be worth around $200 million.

A fiscal crisis is also looming as the government has done little to cut a ballooning public wage bill and the royal household's spending.

Mswati has 13 wives and last weekend announced his engagement to a 14th. The queens each have their own palaces and are notorious for overseas shopping sprees.

Swaziland relies on a regional customs union for almost half of public revenues, according to UK-based think tank Chatham House.

But that income is set drop dramatically in coming years when the union changes its pay-outs.

"The country's economic trajectory is unsustainable," researcher Chris Vandome wrote in an article on the Chatham House website.

"After the election dust has settled, King Mswati III will need to consider reform options to lower the crippling public sector wage bill and improve the business environment."

Social upheaval is uncommon, though police have crushed the few peaceful protests that occurred in the country over the past years.

Two weeks ago they broke up a fact-finding mission of international trade unionists after detaining a few.

"Human rights reports on Swaziland have cited serious abuses including killings by security forces, torture and beatings of pro-democracy activists, (and) arbitrary arrests," said Freedom House in their report that branded the country a "failed feudal state".

Elections are held every five years after which Mswati appoints a new prime minister.