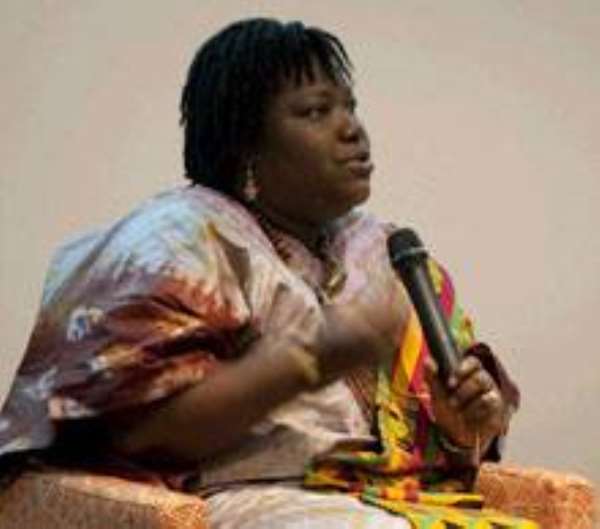 Nana Oye Lithur Accra, Aug 22, GNA - Nana Oye Lithur, Minister of Gender, Children and Social Protection, has appealed to corporate bodies to come to the aid of orphanages to improve their operations.

The Minister called on non-governmental organizations, private companies, and churches to contribute their quotas to support the development effort of children homes.

Nana Lithur made the appeal at a press conference to justify the temporal ban on the process of child adoption in the country, which was announced on March 24, 2013.

She said the Ministry was aware of the challenges children homes in the country were facing such as financial, food, clothes and it was doing its best to help resolve all and asked institutions and organizations to complement government's effort.

Nana Lithur said the temporal moratorium by the Ministry became necessary, following the discovery of a worrying trend in the adoption of children that was unfavourable to their welfare.

She said the present system of adoption, where Department of Social Welfare, processes all proceedings and forward them to the court to grant a person eligibility to adopt a child was being abused.

As part of the reform, an adoption desk would be created at the headquarters to monitor all adoption cases closely.

She said the desk would ensure that child adoption process was transparent and not opened to abuse.

Mr Otoo Benjamin, Acting Director of the Department of Social Welfare (DSW) also urged the media to make their platforms available to the department to advocate the need and importance of child adoption.

He said most Ghanaians did not know the complications of giving their child for adoption; hence the media should work with DSW to educate the public on issues relating to child adoption.

Ghana does not permit adoption by single parents but gives opportunity to married couples who want to adopt from Ghana.

Parents must be between the ages of 25 and 50 and at least 21 years older than the child/children they wish to adopt. The children who are available for adoption from Ghana are generally aged two and half years and above.