Woman gets property after 13 years of litigation 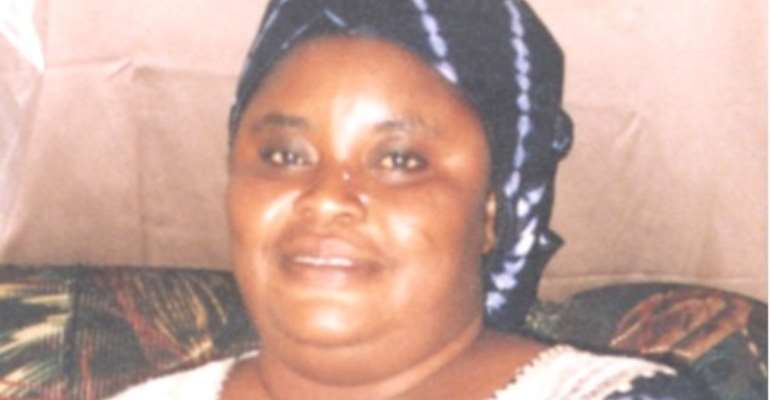 A middle-aged woman, Mrs Gladys Mensah, who has, for the past 13 years, been fighting through the legal system in pursuit of her legitimately acquired properties has, at long last, got justice.

This followed a landmark Supreme Court judgement which affirmed an earlier decision by the Court of Appeal that the properties acquired jointly with her divorced husband should be shared equally.

Others are plots of land at Adenta and Krobo Odumasi, as well as shares in Guidem Company Limited and a shop on the Airport-El Wak road, both in Accra.

The rest are a Nissan Patrol, a Nissan Sunny, a pick-up, an Opel vehicle, a 20-footer container and a current account at the Tudu branch of the SSB Bank.

In a scenario that can be described as “poverty in the midst of plenty”, Mrs Mensah has, since her divorce, lived in a chamber and hall rented premises in Accra.

Judgement
In arriving at the decision, the court said the time had come for the highest court of the land to institutionalise the principle of equality in the sharing of marital property by spouses after divorce.

That, it said, was based on the constitutional provisions on jurisprudence and equality.

According to the court, Mrs Mensah must not be bruised by the conduct of her ex-husband and made to be in a worse situation than she would have been had the divorce not been granted.

“The tendency to consider women spouses in particular as appendages to a marriage relationship, used and dumped at will by their male spouses, must cease,” the court held.

Facts of the Case
The facts of the case were that Mrs Mensah got married to Mr Stephen Mensah under the ordinance in 1987.

After the marriage, Mrs Mensah, who used to trade in rice, sugar and groundnuts at the Odumasi Krobo market, moved to Accra with Mr Mensah, then a junior accounts officer at the Controller and Accountant-General's Department (CAGD).

The couple did not own any property and lived in rented premises at La and during the weekends they travelled to Odumase to farm and plant cassava.

After processing the harvested cassava into gari, they realised GH¢60 (six hundred thousand old cedis) which Mrs Mensah used as capital to trade in palm oil, cooking oil, rice and sugar from their house and also sold some to Mr Mensah's co-workers in his office.

Venture into Business
At a point in time, Mrs Mensah took some money from her father to re-invest in the business.

Gradually, the couple built up their business and, from the proceeds, bought their first plot of land at Kasoa on which they put up a three-bedroom house.

As the business expanded, the couple acquired a shop at the Ministries, which Mrs Mensah managed, while Mr Mensah continued working at the CAGD.

With the business continuing to boom, the couple diversified into other products, including electrical appliances such as refrigerators, television sets and deep freezers, as well a cloths, vegetable oil and bicycles.

The two were also members of a 'susu' group and made healthy profits from an investment in Pyram.

Mr Mensah, according to the facts, agreed and allowed Mrs Mensah to keep a third of all cash deposits towards the acquisition.

Mrs Mensah, who the court described in its judgement as “very astute”, acquired plots of land at Adenta and Krobo Odumasi on which she built houses.

Marriage lands on Rocks
About a decade after the celebration of the union, cracks started appearing in the marriage, with Mrs Mensah accusing her husband of infidelity, which culminated in Mr Mensah moving into their jointly acquired home at Adenta with his illicit lover.

After diligent efforts at reconciliation had failed, Mrs Mensah filed a petition for divorce at the High Court.

Based on the facts and findings, the High Court delivered judgement in favour of Mrs Mensah.

Aggrieved by the decision of the trial High Court, Mr Mensah filed an appeal at the Court of Appeal which, after the trial, unanimously dismissed the case.

It was against the Court of Appeal's decision that Mr Mensah appealed to the Supreme Court.