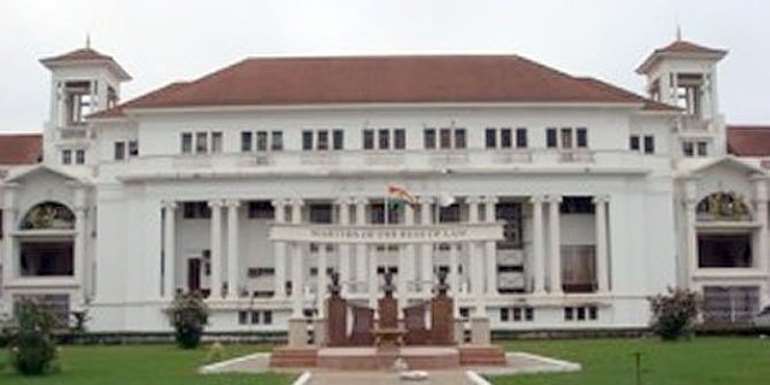 The Supreme Court has indicated that, only “identified groups” will be provided accreditation cards for attendance on 29th August Presidential Election Petition hearing.

A statement signed by the Judicial Secretary, Justice Alex Poku-Acheampong said, only parties involved in the petition, members of the bar, the media and representatives of the security agencies would be issued with accreditation to the Supreme Court.

“This decision has been taken to ensure that security at the court premises and inside the courtroom is not compromised in anyway,” the statement indicated.

The general public is hereby informed that accreditation for attendance to the Supreme Court on August 29, 2013, the judgment day of the Presidential Election Petition currently before the Supreme Court, shall be restricted only to the parties in the case, the Bar, the media and representatives of the security agencies.

This decision has been taken to ensure that security at the court premises and inside the courtroom is not compromised in anyway. In this regard, the existing accreditation cards which have been in use since the case began are withdrawn and are no longer valid.

Media houses already accredited should renew their accreditation with an official letter bearing the name of the Reporter and/or Cameraman who have been assigned as well as their Staff IDs. These should be forwarded to the Office of the Director of Communications of the Judicial Service.

The above-mentioned groups should note that, no accreditation will be issued on August 29, 2013 i.e.the day of the judgment. They should, therefore, contact the Office of the Director of Communications from midday of Tuesday, August 27, 2013 to Wednesday, August 28, 2013 for their new accreditation.

Visitors to the Supreme Court on that day should also note that, seats in the court room will be numbered to correspond with the number on the accreditation cards. They are therefore, requested to cross-check the number on their cards against their seat numbers.

Parking of vehicles at the Court premises will be restricted so accredited persons to the Supreme Court could use other car parks on the High Street.

The general public is to take note and comply accordingly.