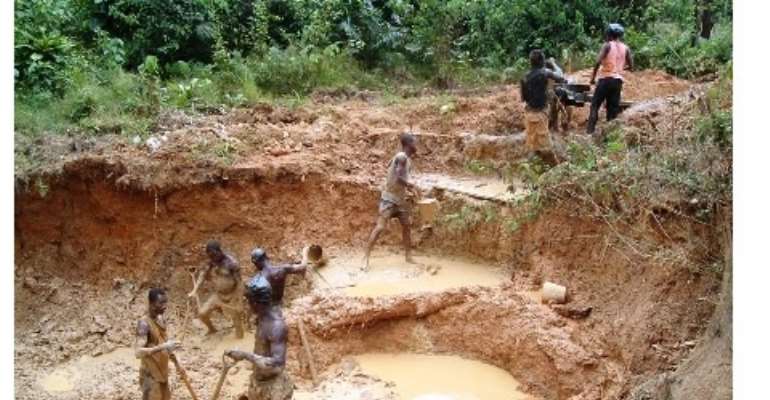 Mining firm Golden Star Wassa Limited (GSWL) has resettled over 750 inhabitants within 28 villages and hamlets that constitute Tegbokrom in the Wassa East District of the Western region.

The resettlement package, made up of 260 residential and communal structures on 96.4 acres of land, is estimated at $23 million dollars.

The resettlement package was in compliance with the Minerals and Mining Regulations, L.I 2175 of 2012 that required a Mineral Right Holder to compensate and resettle affected persons on a mining concession.

Speaking at the inauguration of Togbekrom Resettlement project at Ateiku on Thursday, Neale Laffin, Managing Director of Bogoso/Wassa Operations of the GSWL, said the resettlement package revealed the company's commitment and respect for the country's minerals and mining laws.

“The relocation of the Togbekrom community and subsequent establishment of this modern style township is an indicative of the way that Golden Star as a business and social partner discharges its commitment to the ongoing sustainability of the mining industry in Ghana”, he stressed.

The Community Relations and Social Responsibility Manager of GSWL, Mr. Robert Gyamfi, said 383 farms within the demarcated area for the new project were assessed, valued and compensated in February last year.

He indicated that over 60 young men and women from the project affected communities were enrolled in a skills development training programme and equipped them with employable skills in carpentry, masonry and commercial cookery.

Mr. Gyamfi stated that 54 trainees successfully graduated and were supported with start-up tools to enable them establish themselves and be financially independent.

He said the mining company had prepared a comprehensive livelihood restoration programme for the residents of the new community, and added that it was prepared to settle all outstanding issues amicably to foster peace and harmony in the area.

The Deputy Minister of Lands and Natural Resources, Mr. Yaw Effah-Baafi, commended the mining company for complying with the country's mineral and mining laws to compensate and resettle the communities.

He also praised the beneficiary communities for cooperating with the company for ensuring successful implementation of the project, and entreated them to co-exist peacefully with the mining company to accelerate the development of the area.

Mr. Effah-Baafi, the Member of Parliament for Kintampo South, noted that the government was not against small or large-scale mining but wanted mining operators to follow due process in order not to pollute the environment.

He assured of government's commitment towards clamping down on illegal small-scale mining popularly known as galamsey and warned persons involved in such illegality to halt their activities before the law catches up with them.