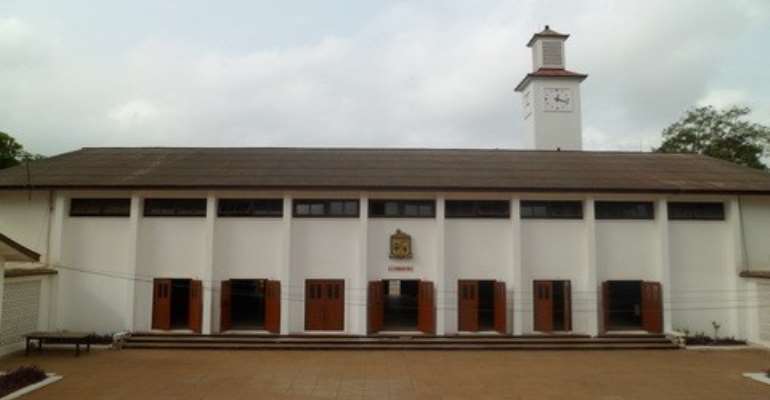 The Accra Academy annual homecoming, the biggest event on the Old Boys (Bleoo groups) calendar is slated for this Saturday August 24 at the school campus.

The event commences at 10am.
According to a joint statement issued by the Public Relations Officer and an Executive member of the Old Boys Association, Nii Maale-Adsei and Nunya Gadegbeku this year's event is to be graced by the Rt. Hon. Doe Adjaho, Speaker of Parliament.

It was started in a building donated by Madam Ellen Buckle in the slums of James Town purposely for brilliant but needy students who couldn't afford the Mfanstipims, Achimotas, Adisadels and the like.

These four gentlemen were the first in Ghana's history to establish a secondary school as all the existing schools at the time were either owned by the colonial government or missionaries.

The school has come a long way after 82 years and has produced a Head of State, back-to-back Speakers of Parliament, back-to-back Chief Justices, as well as host of ministers, doctors, engineers, ambassadors as well as entrepreneurs.

According to the organizers, this year's homecoming will be classy, trendy and reloaded.

The statement explained the annual homecoming is a platform for Bleoo Groups to reminisce the past, network and promote their own and added that it is the biggest address book that all Bleoo boys must take advantage of.

As a highlight of the event, there will be after party at Larry's Place, bar & lounge off Mataheko first light road and opposite JT cluster of schools.

All Bleoo Groups must come and represent their Year Group, support their professions whilst contributing towards their alma mater, the statement concluded