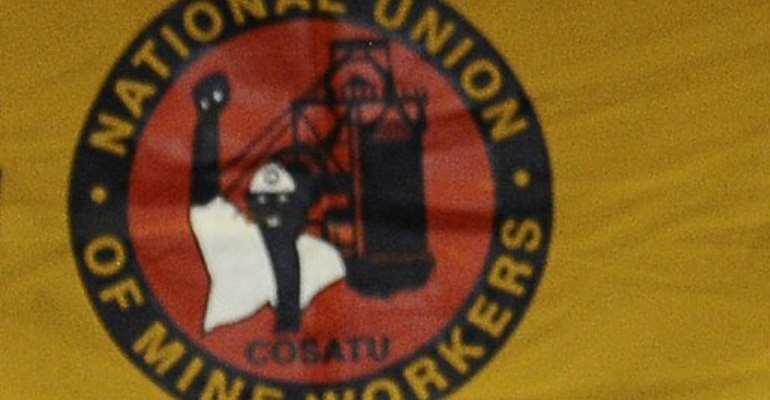 A powerful South African labour union warned on August 22, 2013, of a potential strike in the gold mining sector. By Stephane de Sakutin (AFP/File)

The National Union of Mineworkers (NUM) said it had rejected a six percent raise offer by employers in the industry, demanding hikes of up to 60 percent.

"The talks have broken down and there is a possibility of an industrial action," NUM spokesman Lesiba Seshoka said.

Seshoka said the union would report back to its members over the weekend "to get a mandate".

"There is a possibility of a strike," he said.

Last week the unions turned down a revised offer of 5.5 percent by gold companies. The industry initially offered a four percent increase in July.

The news of a possible strike came as the rand continued a weak run against major currencies, trading at 10.36 to the dollar. The currency hit the 10.0 mark in May, its lowest level since March 2009, while the country struggled with slow growth.

Once the world's largest gold producer, South Africa's mines have been hit by declining gold prices and rising operating costs.

The industry has already been perturbed by a series of strikes since last year.