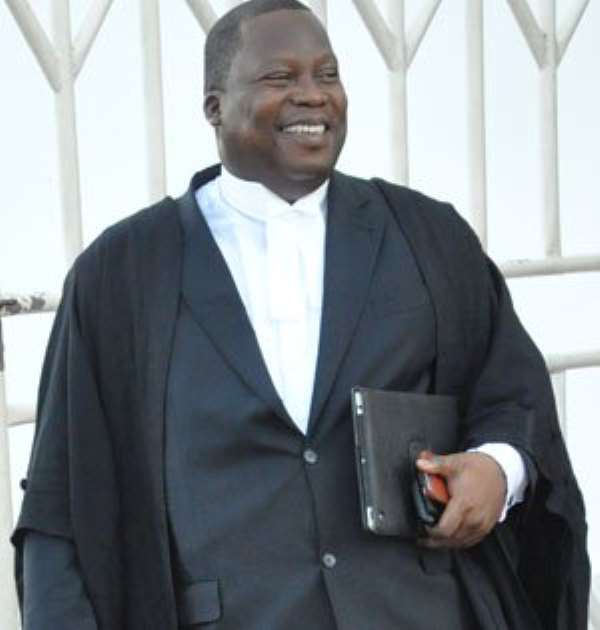 Lawyer Philip Addison and members of the NPP legal team are to be awarded at the 21st anniversary celebration of the founding of the New Patriotic Party (NPP).

The three, who are contesting the legitimacy of the declaration of John Mahama as winner of presidential polls organised by the Electoral Commission last December, are the party's 2012 Presidential Candidate, Nana Addo Dankwa Akufo-Addo, Vice-Presidential candidate Dr. Mahamudu Bawumia and National Chairman Jake Obetsebi-Lamptey.

As the NPP prepares to celebrate 21 years of its existence, the party's Communications Director Nana Akomea, has revealed this as part of activities planned to mark the celebrations.

Speaking on Metro TV's Good Morning Ghana, he said counsel for the petitioners and the legal team are to be given meritorious awards for their show of class in court.

Although the court is to yet to rule on the matter, Nana Akomea said the lawyers deserve the recognition and praised the lawyers for doing a yeoman's job during the 47 days of the hearing of the petition.

A key activity to mark the celebration is a public lecture to be delivered by a former Deputy Speaker of Parliament, Professor Aaron Mike Oquaye.

The NPP was founded in 1992 after a ban on multiparty political activities was lifted by the then military dictatorship, the Provisional National Defence Council (PNDC).