WOMEN CHASE ADDISON … After Exploit In The Supreme Court 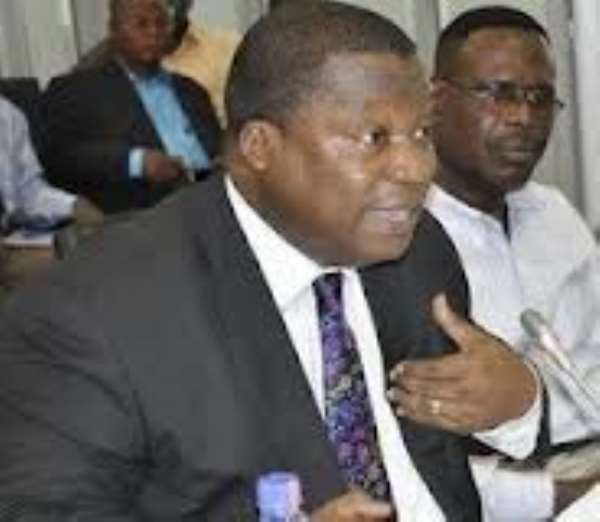 WHEN THE Lead Counsel for the Petitioners in the ongoing Presidential hearing at the Supreme Court, Lawyer Philip Ato Addison, granted an exclusive interview to a local radio station in Kumasi, little did he know that the popularity he has attained since the commencement of the historic case goes beyond the love of politics.

As soon as the astute Legal Practitioner disclosed that he had lost his wife and was at the moment single, calls started flooding into the Front Desk of KESSBEN FM , requesting the contact of the lawyer so they could speak to him.

Mr. Philip Addison had apparently made the revelation in a question posed to him by the Host of the station's morning show, Omanhene Yaw Adu Boakye, if he had time for his partner, considering the load of work load on their hands and the fact that they have to be scanning documents every now and then.

'As soon as we finished with the almost 30 minutes of the interview, calls started coming to my personal line and the station's landline from women requesting to speak to Mr. Addison, with some of them openly saying they would want to propose to him, it's funny and you can't believe it,' Omanhene told The Chronicle .

The host of the programme said he was surprised at the passion associated with the calls that were coming, and at a point in time had to even switch off the phone because the calls were becoming too much.

The NPP Lawyer, in that interview, revealed that he has not spent a single day in his house, let alone sleep there since the case began, a statement which compelled the host to enquire how his partner was feeling, to which the Legal Practitioner revealed that he had lost his wife.

He also revealed that he has gone into a self-imposed exile because of the kind of wild reception that is associated with his public outings.

'I know I can no longer go out because anywhere I go people will troop and gather around me, it's really an honour but I think it will be good if I hide myself a little,' he told the station.

Mr. Addison said he felt very honoured to have led such a great team of legal luminaries, some of whom are far experienced than him, but believes that he has enjoyed the co-operation and support of every member of the legal team.

'You know, it's not easy when you have experienced lawyers like Mr. Akoto Ampaw, Gloria Akufo and Godfred Odame amongst others, and you are asked to lead them,' he noted.

The Lead Counsel for the petitioners said he was extremely surprised when he was chosen by the party's flagbearer and the petitioners to lead, but pointed out that the fame and the honour that have come with such feat was enormously overwhelming.

Touching on the substantive case, Mr. Addison said he and the legal team had done everything humanly possible to prove their case and believes the rest lies on the Panel of Judges to decide.

'We have done what we are supposed to do, we have presented all the necessary evidence to make our case and we believe the highly respected judges will decide in the supreme interest of   justice,' the NPP Lead Counsel remarked.