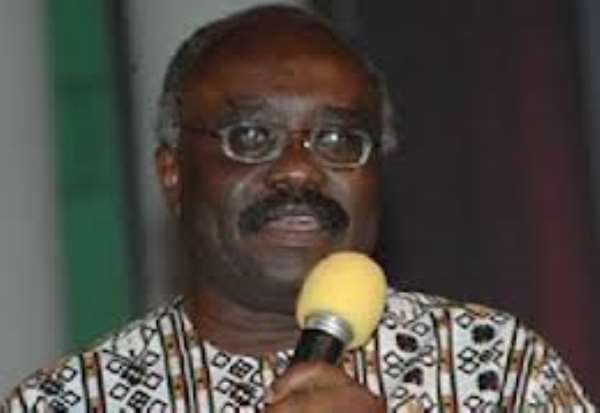 The Chief Executive Officer of the defunct [email protected] Secretariat, Dr. Charles Yves Wereko-Brobbey, has indicated to the Judgment Debt Commission that as at February 27, 2009, when the activities of the secretariat were brought to a close, there were sufficient funds to pay all contractors engaged by the secretariat, including JESCAN Construction Company.

According to him, as at the end of the [email protected] celebration, the Secretariat owed Jescan Company only GH¢62,000,840.11, and that there was enough money to settle the principal sum of its debts, including those owed Latex Foam Ghana Limited and Margins Groups Limited.

Dr. Wereko-Brobbey, also known as Tarzan, was giving evidence yesterday before the Judgment Debt Commission, presided over by Justice Yaw Apau, an Appeal Court judge, when he was subpoenaed to given information on debts owed JESCAN Construction Limited by the [email protected] Secretariat, of which he was the Chief Executive.

He told the commission that the initial contract sum was over ¢14 billion (old currency), and all necessary funds needed to do full payment was left at the office of the Presidency at that material time.

Dr. Wereko-Brobbey, therefore, expressed disappointment at why the government could not pay the money as at the time he left office  in 2009, but left it to result into such an outrageous sum of  GH¢383,354.84 to be paid to  Jescan Company, which was contracted to rehabilitate and retrofit the Independence Square as judgment debt.

'If the [email protected] Secretariat was a company, I would have said it made surplus after the celebration,' he told the Commission in plain language.

The former Chief Executive of the defunct [email protected] Secretariat noted that the Secretariat never advised any company to secure loans to execute any contract, however, the Ministry of Finance and Economic Planning (MOFEB), which was the principal financier, sent letters to all the contractors that the full payment would be done three months after the celebration, and that it would take full cost of the residual interest.

On the issues relating to Margins Group Limited and Latex Foam, regarding the activities of the [email protected] celebrations, Dr. Wereko-Brobbey expressed shock to hear that those companies had gone to court.

'It was amazing how those who did charlatan jobs such as Margins Company and Latex Foam rushed to court to claim judgment debts,' witness noted before the commission.

According to Dr. Wereko-Brobbey, Margins Group Limited unlawfully occupied four of the Africa Union (AU) buildings that resulted in a dispute between them and the consortium, adding that as at the time they went to court for the judgment money, that case was still pending in court.

He, therefore, tendered in all necessary documents to assist the commission in its enquiries.

Meanwhile, Mr. Maxwell Korbla Logan, Lawyer and Director of Jescan Limited, told the commission that his outfit was contracted to rehabilitate and retrofit the Independence Square, which it completed on time, however, the full payment of the contract sum was not done in time, so had to generate the huge interest when judgment was given by the court in the company's favour.

He further explained to the commission that as part of his outfit's commercial and technical decision, the company secured a loan of over ¢14 billion (old currency) to enable them complete the contract on time.

However, Mr. Logan pointed out that after the [email protected] Secretariat defaulted in the payment, the loan became a nightmare, which compelled Jescan Limited to send notice of its intention to go to court to the then Chief of Staff, Mr. Henry Martey Newman, which yielded no fruit.

On her part, Chief State Attorney Mrs. Dorothy Afriyie Ansah indicated to the commission that the Attorney-General's (AG's) office could not defend the judgment sum of GH¢383,354.84 paid to Jescan Construction Limited, as the Department received a letter from the Chief of Staff  indicating that Jescan should be paid the money due.

She added that the AG's office made all efforts to contest the case by filing for the defendants to appear before court until they received the letter from the Chief of Staff that Jescan be given its share, as far as the contract was concerned.

The Chief State Attorney, however, indicated to the commission that the said amount was paid to Jescan due to the delay in payment of the contract sum, adding that the AG was not notified before Jescan Limited went to court.

In his remarks, the Sole Commissioner noted that it was interesting how all the three cases in respect of the [email protected] Secretariat didn't go for full trial, and how the government did not see Dr. Wereko-Brobbey as important enough to be consulted during the trial, which made the state cough out that huge amount of money.