Tattoo girls back to school 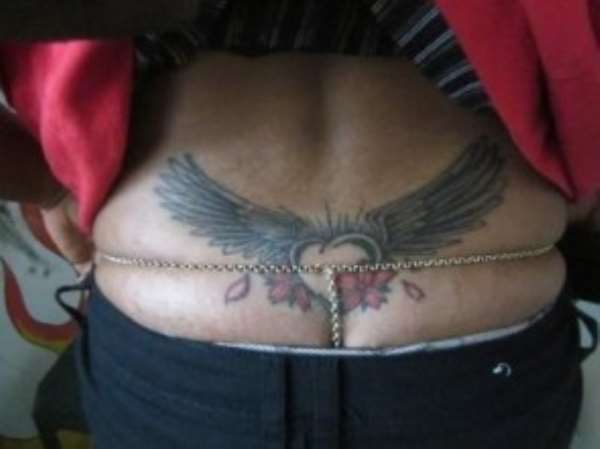 Twelve students of the T.I. Ahmadiyya Senior High School (SHS) at Fomena in the Adansi North District of the Ashanti Region, who were sent home last week to clean tattoos they had on their bodies, have returned to school.

The 12, all girls, were allegedly found to have had their names of their boyfriends inscribed on their buttocks and thighs, and authorities reacted swiftly by ordering them to go home and clean them before returning to school.

The headmistress of the school, Ms Zainab Adams, would not deny or confirm the number of students involved when the Daily Graphic called her by phone insisting, "I will tell you later,". However, a source put the number at 12.

She, however, indicated that the children were back in school after cleaning the tattoos and were writing their end-of-term examinations.

She said one of the girls had the inscription, 'I love sex' hidden on the buttocks. Some of them also had the names of their boyfriends.

'This is highly reprehensible because Ghana Education Service (GES) regulations do not allow students to make tattoos on their bodies.'

A tattoo is a permanent mark or design made on the human skin with pigments inserted through pricks into the skin's top layer.

Medical Science has it that tattoos, which breach the skin, can lead to skin infections and other complications.

According to Ms Adams, the discovery of the marks followed a recent surprise body checks conducted on the students after one of the girls was found with a tattoo on the hand.

'The girl mentioned another girl as the one who facilitated the making of the marks and it was when that girl was also questioned that we got signs that a number of the girls were wearing the marks.

'We then conducted the body checks and found the culprits who were given exeats to go home and clean the marks,' the headmistress said.

She dismissed reports making the rounds that the students were sacked.

'How can I sack the students?' she questioned insisting that she had no authority to do so.

'I only asked them to go home after the school administration and the board had sat on the matter.'

Ms Adams said even before the students were sent home, their parents were informed about the behaviour of their wards and they (parents) agreed with our action,' the headmistress said.

The students have also been asked to sign bonds to be of good behaviour.

'Absolutely no, and I have the backing of the district and regional bosses of education as well as parents and guardians.'

The Adansi North District Chief Executive, Alhaji Lateef Madjoub, who also spoke to the Daily Graphic, said initial information he received was that the students were sacked "but when I contacted the headmistress, she indicated that they were only asked to go home to wipe off the tattoos."