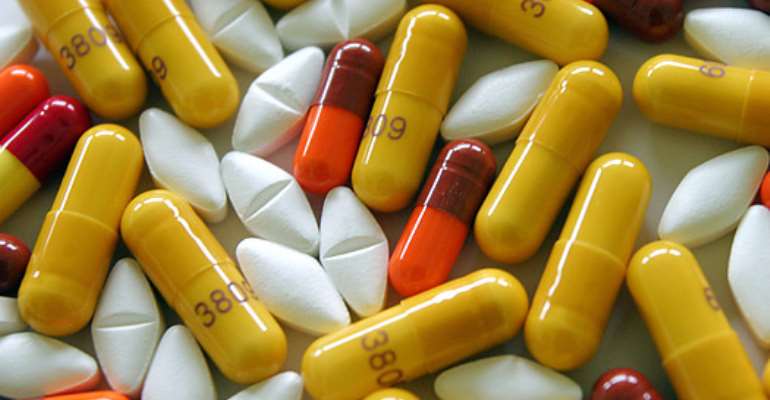 There is currently no effective standard treatment that can cure AIDS though it is anticipated, more funding to develop that miracle drug that would eliminate HIV infection from the face of this planet is necessary. Therefore any help for the AIDS patient must come from the application of natural laws that govern immunity. These laws should be studied and applied religiously in order to strengthen the immune system. Nonetheless, the available anti-retro viral drugs have been manufactured and priced at a high cost that developing nations cannot manage to sustain without aid or donor funding and help in many areas that the pandemic has impacted lives. An infection with HIV requires a multidrug regimen in order for one to benefit from its therapy without developing resistance.

When a single antiretroviral drug is used alone, its benefits last only a short time, as clinical studies of treatments with the drugs have demonstrated. This short-term effectiveness is due to mutation or changes in the genetic structure, of HIV that makes the virus resistant to the drug. The genetic material in HIV provides instructions for the manufacture of critical enzymes needed to replicate the virus. Scientists design antiretroviral drugs to impede the activity of these enzymes. If the virus mutates, the structure of the virus's enzymes changes and the drugs no longer work against the enzymes or the virus.

Genes mutate during the course of viral replication, so the best way to prevent mutation is to halt replication. Studies have shown that the most effective treatment for halting HIV replication employs a combination of three drugs taken together. For instance, a combination of two nucleoside analogues with a protease inhibitor. This regimen, called triple therapy, maximizes drug potency while reducing the chance for drug resistance. The combination of three drugs is often referred to as an AIDS cocktail. In HIV-infected patients who have undergone triple therapy, the viral load reduces significantly, sometimes to undetectable levels. The CD4 cell count gradually increases, and they sustain good health with no complications. With this treatment, some patients who are near death are able to return to work and normal physical activity. When Triple therapy or HAART was introduced, AIDS deaths in targeted communities were decreased to a large percentage, the first decrease since the beginning of the epidemic.

Despite its success, triple therapy has had some drawbacks. This multidrug therapy has been quite complicated, requiring patients to take anywhere on a specific schedule. Some drugs must be taken with food, and some cannot be taken at the same time as other pills. Even the most organized people find it difficult to take the pills correctly. Yet, just one or two lapses in treatment may cause the virus to develop resistance to the drug regimen. Mushrooming herbal concoctions with un verified efficacy have also affected the therapy due to drug interactions.

In July 2006 the FDA approved a new three-drug combination that can be taken as a single pill once a day with or without food. Marketed under the name Atripla, the new drug combines the existing drugs Sustiva (the NNRTI efavirenz) and Truvada (the NRTIs emtricitabine and tenofovir) in a special formulation. The product is seen as a breakthrough in AIDS and HIV treatment for its simplicity and convenience. The once-daily pill form has helped patients take the drugs on a regular, uninterrupted schedule that will not allow the HIV in their bodies to develop resistance to the drugs. The new pill has proved particularly useful in developing countries, where following complex regimens of different AIDS drugs is often impractical.

However, many people find it difficult to deal with the unpleasant side effects produced by antiretroviral drugs. Common side effects include nausea, diarrhea, headache, fatigue, abdominal pain, kidney stones, anemia, and tingling or numbness in the hands and feet. Some patients may develop diabetes mellitus, while other patients develop collections of fat deposits in the abdomen or back, causing a noticeable change in body configuration. Some antiretroviral drugs produce an increase in blood fat levels, placing a patient at risk for heart attack or stroke. Some patients suffer more misery from the drug treatment than they do from the illnesses produced by HIV infection.

Nevertheless, additional drug cocktails have helped overcome or minimize most of the side effects mentioned above and other late symptoms of HIV/AIDS last stages. Modern refined herbal supplements have also helped bridge the gap for the need of immunity boosters. To decrease the toxic effects of antiretroviral therapy and to defer costly therapy, in 2001 United States federal health officials recommended delaying drug treatment for HIV infection in people showing no symptoms and who have been infected with HIV for more than six months. The new guidelines call for delaying treatment until an infected person's CD4 cells fall below 350 cells per microliter of blood or the HIV viral load exceeds 30,000 per microliter of blood. Evidence suggests that delaying treatment poses no harm to infected people and, in fact, benefits them by deferring the toxic side effects of the drugs.

Although new and effective AIDS drugs have brought hope to many HIV-infected persons, a number of social and ethical dilemmas still confront researchers and health officials. The latest combination drug therapies are far too expensive for infected persons in the developing world particularly in sub-Saharan Africa, where the majority of AIDS deaths have occurred. In these regions, where the incidence of HIV infection has soared, the lack of access to drugs can be catastrophic. This high cost is well beyond the means of people with low incomes or those with limited health-care insurance. As a result, the most effective therapies currently available have remained beyond the reach of the majority of HIV-infected people worldwide. For instance, in management of opportunistic infections drugs are in short supply or a privilege for the rich that can access these drugs at a cost from a chemist or fee paying health service centre like private hospitals. Herbal remedies that have the capacity to boost the immunity of patients are also very expensive for an ordinary citizen and governments have not yet developed a strategy to make these products cost friendly to the end user.

For the struggling economies of some developing nations like Zambia, AIDS has brought yet another burden because the disease tends to kill young adults in the prime of their lives or the primary breadwinners and caregivers in families. Let's take Zimbabwe for instance, according to figures released by the United Nations in 1999, AIDS has shortened the life expectancy in some African nations by an average of seven years. In Zimbabwe, life expectancy for adults declined from 61 years in 1993 to 38 in 2003, according to the World Health Organization (WHO). The next few decades may see average life expectance fall even lower in sub-Saharan Africa. Millions of children around the world have been orphaned by the AIDS epidemic. Those children who survive face poverty, a high risk of malnutrition and disease, and the absence of a family support structure.

In Africa, the disease has had a heavy impact on educated urban professionals, skilled workers who play a critical role in the labor force of industries such as agriculture, education, transportation, and government. The decline in the skilled workforce has already damaged economic growth in Africa, and economists warn of disastrous consequences in the future.

Well, the whole essence of this article has been to highlight the benefits that free antiretroviral drugs has had on an ordinary citizen and our communities in general. In addition, it tries to cultivate a 'we can do it altitude' in the minds of developing countries suffering from 'dependency syndrome' to see the need to manufacture their own anti-retro viral drugs apart from other drugs that the disease afflicted community might need. In a million words and a thousand languages we appreciate the will of the donor communities to assist developing countries in fighting HIV/AIDS. To win the battle against HIV, we need the right knowledge, altitude and practical ideas to be put into motion at the right time and place for sustainable development goals.