We Are On Course To Meet Power Generation Target -Energy Minister 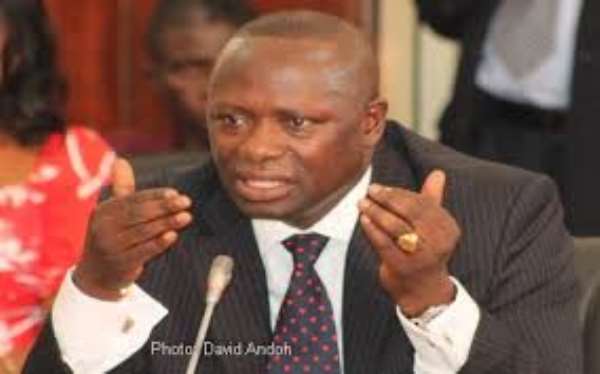 Ghana is on course to achieve the targeted power generation capacity of 5000 megawatts by 2016, the Minister for Energy and Petroleum, Mr Emmanuel Armah-Kofi Buah, has said.

The country is also poised to achieve gas-based generation for 80 % of the thermal power plants by 2015, he added.

According to Mr Buah, the Ministry is therefore focused on improving on the current enabling environment to attract prospective developers to the power sub-sector.

The Minister said these when a delegation from Shandong Electric Power Construction Corporation (SEPCOIII), a Chinese power company, called on him at his office in Accra. It was led by Zhang Huanxiang, Vice President and Chief Engineer of the company.

Mr. Buah said he was excited that the company chose Ghana as its investment destination and promised a congenial business environment.

He said with the increase in electricity demand, the country had to add about 200MW of power every year for the next 20 years, adding that it was in recognition of this that the government is creating the environment for independent power producers to come in their numbers.

For his part, Mr. Huanxiang, said he chose Ghana because of the political stability and hospitality it is noted for worldwide.

According to him, since its founding in 1985, his company has installed 29,000 megawatts with single unit capacity ranging from 12 megawatts to 1000 megawatts and also has the highest annual average installed capacity in the Chinese electric power sector.

Mr. Huanxiang, expressed optimism that his company will soon enter the Ghanaian market and assist the government meets its power generation target.