I was unguarded in my comments: Sir John apologises to Supreme Court 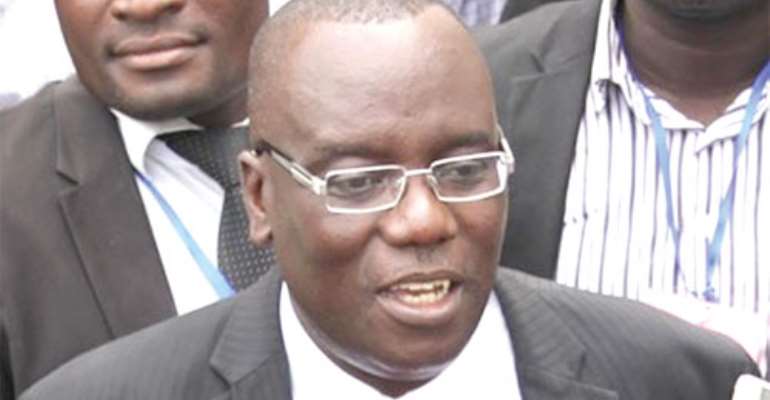 The embattled General Secretary of the New Patriotic Party (NPP), Mr Kwadwo Owusu Afriyie, has rendered an unqualified apology to the nine judges of the Supreme Court, after he was convicted of criminal contempt.

Last wednesday, Mr Afriyie popularly known as Sir John was fined an amount of GH¢ 5,000 and bonded to be of good behaviour for the next six months.

Speaking on Oman FM's political talkshow Boiling Point - the same programme on which he scandalised the court - Mr Owusu Afriyie singled out Justice William Atuguba in his apology.

Mr Owusu Afriyie, it would be recalled, poured out his vitriolic attack on the presiding judge of the nine-member panel hearing the 2012 election petition.

Sir John, on Oman FM, an Accra-based FM station, stated that he was "very sorry for his comments and regrets his actions".

He was on wednesday August 14, fined GH¢5,000 or six months' imprisonment in default by the Supreme Court for making certain unsavoury comments against Justice William Atuguba.

The court took strong exception to his comments and based its judgement and sentence on the gravity of those statements.

Sir John singled out Justice William Atuguba and profusely apologised to him, admitting that he goofed in his statements and also promised the entire nation that he would be of good behaviour.

According to him, he was unguarded in his comments, adding that he could have been more meticulous with his choice of words.