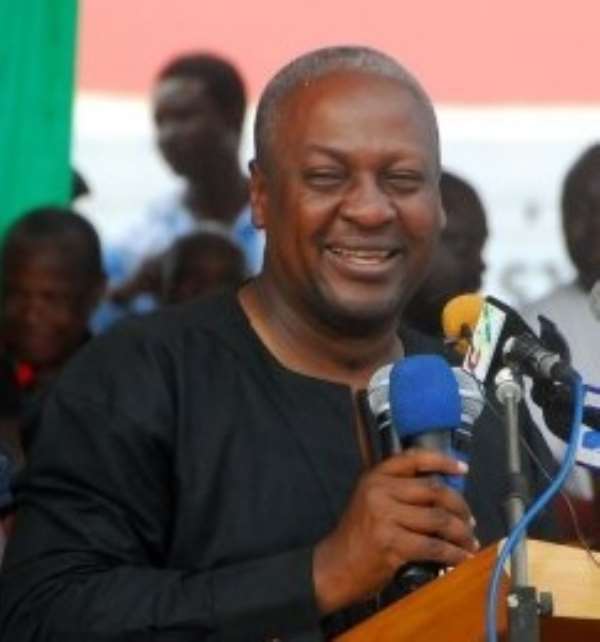 He has also promised to expand trade and commercial activities with Burkina Faso by increasing the evacuation of goods through the ports and by stepping up commercial links in tomatoes, maize and other relevant food crops.

President John Dramani Mahama gave the hint when Mr Sini Pierre Sanou outgoing Burkinabe Ambassador to Ghana, who had finished a nine-year duty tour of the country, called on him at the Flagstaff House, Kanda.

Also at the seat of government to bid farewell to the President was, Dr Mrs Renate Schimkoreit, the outgoing Ambassador Extraordinary and Plenipotentiary of Germany, who had completed a nine-month duty tour of Ghana.

The WAGP, which was conceived in the early 1980's by the Economic Community Of the West African States (ECOWAS) and the Governments of Nigeria, Ghana, Benin and Togo as a vehicle for facilitating clean natural gas and supply security was also to be a tool for regional integration.

President Mahama indicated the significance of the WAGP, adding that, it would connect the transmission grids of Ghana and her neighbouring countries by enabling Ghana to transmit any excess power to Burkina Faso through to Mali.

The President gave the assurance that the National Gas Company gas processing plant in the Western Region was almost completed.

''With that additional gas available, Ghana's energy production will increase and it will be possible for us to share that production with our neighbours,'' he said.

The President said Ghana and Burkina Faso enjoyed a lot of trading, especially in the area of agriculture, saying, 'Ghana exports maize and timber to Burkina Faso while Burkina Faso also exports tomato to Ghana.

Again, he said, common languages were spoken along the north eastern and north western parts of the Ghana-Burkina Faso borders.

The President lauded Mr Sanou for strengthening the diplomatic and trade relations between Ghana and Burkina Faso during his duty tour.

Mr Sanou, who was also the Dean of the Diplomatic Corps, noted that 35 per cent of the goods from Burkina Faso passed through Ghana.

He said Burkina Faso valued her relations with Ghana, and indicated that his country was committed to deepening ties with Ghana.

Receiving the outgoing Ambassador of Germany, President Mahama described Germany as one of Ghana's biggest trading partners in the European Union.

He said the trade corporation between Ghana and Germany stood at 1.25 billion Euros as of March, 2013 and that Germany had given Ghana 132 million Euros out of the total portfolio of 184 million Euros support pledge it made for the period between 2012 and 2015.

Drs Mrs Schimkoreit said although her stay was short in Ghana due to private and health reasons, it was impressive.

She said she was able to visit the Northern, Western, Volta and Ashanti regions to see the development situations in those regions during her stay.