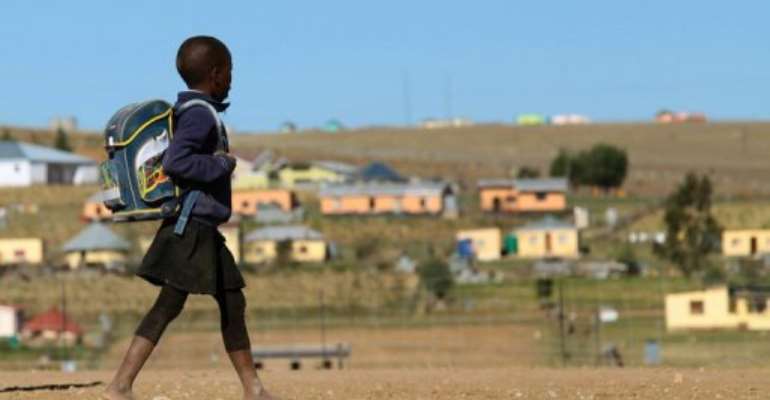 Spokeswoman Bronagh Casey said the Western Cape province's education department "made a decision yesterday to close the schools in Manenberg on Thursday and Friday" after teachers expressed fears for their safety.

At least 50 people have been killed in gang-related violence in Cape Town's low-income Manenberg suburb -- which includes the notorious Cape Flats -- in recent weeks.

Many of those killed have reportedly been bystanders. "Their safety, and that of our learners, is our main concern," Casey told AFP.

One school in the area was closed for a day two weeks ago following a shooting incident.

The spike in violence has forced provincial premier and Democratic Alliance leader Helen Zille to ask national government to deploy the military to help overwhelmed police.

"We cannot have a situation where gang violence is preventing our children and teachers from attending school," Zille said in an open letter to Police Minister Nathi Mthethwa.

Only 200 out of 900 pupils attended classes at one school last week, she said.

"We urgently need a peacekeeping force," she said, requesting the government to "reconsider employing the army in Manenberg and other hotspots".

"If police were able to contain the situation, this crisis point would not have been reached," she said.

Meanwhile, Casey said the regional education department and police were meeting Thursday in the hope of crafting a safety plan that would enable schools to re-open on Monday.

Manenberg is home to scores of rival street gangs who have carved up the poverty-ridden neighbourhoods into lucrative drug turfs.

Local clergy have suggested that pupils at some high schools in the area have admitted to being part of the gangs.