Oil Industry To Yield $20 Billion In A Couple Of Years 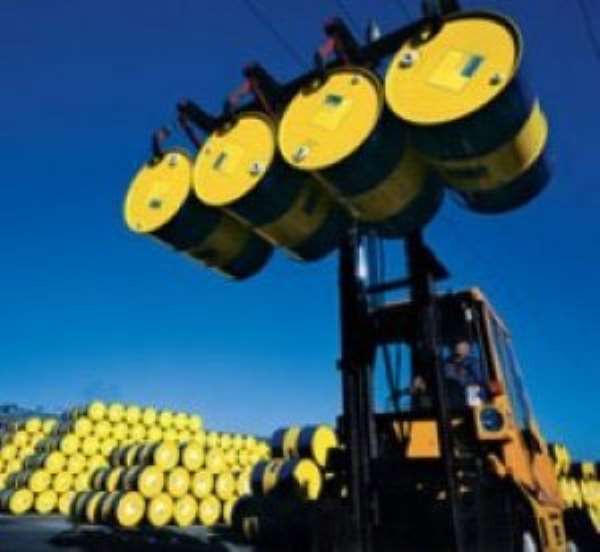 Ghana's oil industry is expected to rake in $20 billion in investment in the next five years, announced Energy and Petroleum Minister Emmanuel Kofi Armah-Buah.

He was speaking at the launch of the Ghana National Petroleum Corporation (GNPC) Oil and Gas Learning Foundation in Accra Wednesday.

According to him, it was imperative that the country puts its house in order to be able to generate maximum benefit from both the development of oil wells and investments in the sector.

Mr Armah-Buah said in pursuance of this objective, the local content law had been placed before Parliament and would mature for implementation after 21 sitting days.

Once the instrument becomes operative, he said all contracts in the oil and gas sector would be guided by the new policy direction on local content.

'What this means is that starting from the next major project in Ghana's oil and gas sector, I mean the TEN Field (Tweneboah-Enyera-Ntoumme), complex development and production, all contracts will be guided by this new policy direction. No contract will pass without local participation,' the minister added.

These notwithstanding, he pointed out that 'the local content policy and regulations would be meaningless if the people and institutions who would be required to provide skills, services and supplies lack the capacity to do so'.

Accordingly, Mr Armah-Buah said, the ministry had invested in building the capacities of people and institutions to be able to take advantage of these developments.

He mentioned the establishment of the Enterprise Development Centre (EDC) to build the capacity of small and medium enterprises (SMEs) as one such initiative.

Mr Armah-Buah also announced that the Petroleum Exploration and Production Bill had undergone further stakeholder consultations to enrich it and was awaiting Cabinet's approval, before it would be laid before Parliament.