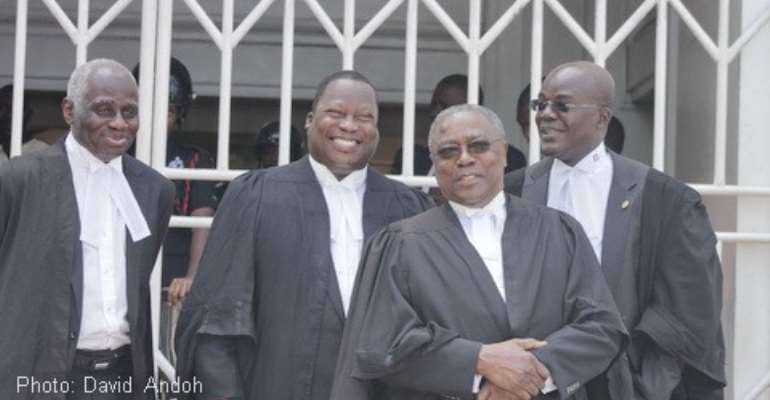 The Justices of the Supreme Court have begun seeking clarification from counsel for petitioners and respondents, as the court winds up hearing of the petition challenging the election of president John Dramani Mahama.

President Judge justice William Atuguba wants to understand how the petitioners recategorised some of the exhibits submitted to the court.

Addison explains the number of polling stations the petitioner's are relying on.

He says they began with 11, 802 set out in the Further and Better particulars. They have deleted 704 voluntarily down to 10,119 polling stations.

The criteria for including is that it should captured in the f&b particulars, captured in the KPMG report or used by the respondents or it should not be part of the 704 deleted. He says in the anaylsis each polling station was used once.

He explains how many pink sheets were deleted in over voting category. It is 83