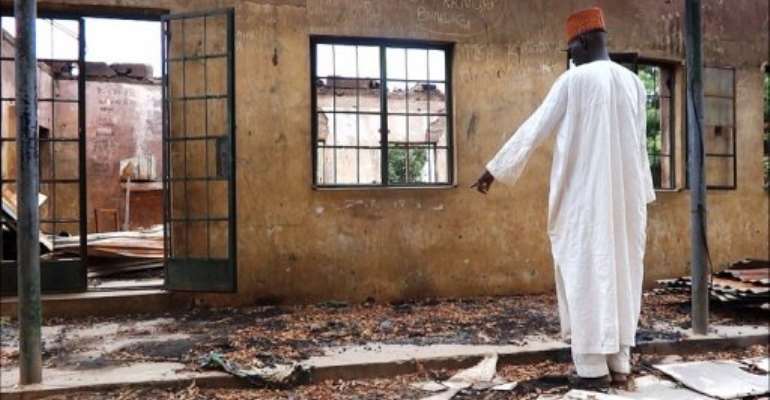 A man inspects a burnt student hostel in the northeast Nigerian Yobe state on August 6, 2013.. By Aminu Abubakar (AFP/File)

"Gunmen believed to be Boko Haram members entered the mosque and opened fire on Muslim worshippers, killing 44," the official said on condition of anonymity because he was not authorised to speak publicly of the attack in the remote town of Konduga on Sunday.

Don’t give me reason to close down schools again – Akufo-Add...
22 minutes ago