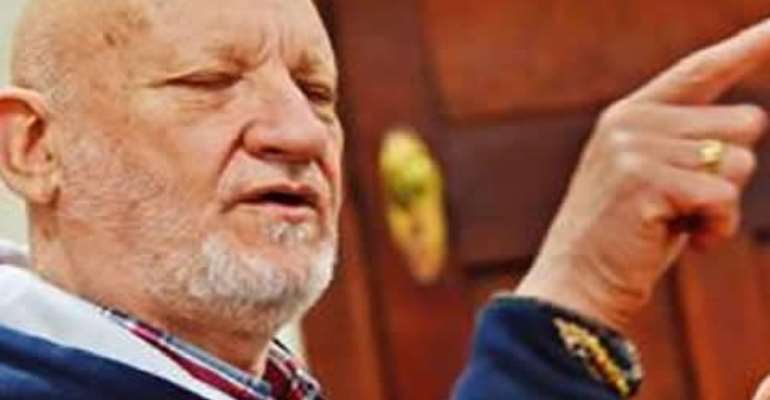 Deaf and blind priest Father Cyril Axelrod was refused a seat on a plane to Joburg.

A deaf and blind priest says he feels “humiliated” following an incident at the Cape International Airport on Saturday when British Airways staff refused to let him board a plane to Joburg on his own.

On Sunday, Father Cyril Axelrod, 71, of the Holy Redeemer Catholic Church in Bergvliet, said he spent his time between South Africa and England, where he was based, and had had no trouble flying on his own before.

Speaking through a sign language translator, Axelrod said: “I have a relationship with a travel agent who knows my travel needs and always clarifies them to the airline beforehand.”

Axelrod showed the Cape Argus a special tag that British Airways issued to him five years ago which has his name on it and clearly states he is allowed to travel on his own.

But on Saturday afternoon as he was trying to check in, a BA ground crew member said she was not sure if he would be allowed to fly alone and proceeded to call a supervisor.

“I explained to them that I have flown alone to South Africa many times. But they called the captain, who said no, I am not allowed on the flight… I was shocked. I couldn't believe it.”

Axelrod said they asked him – through his translator – if he knew the emergency procedure and he told them he did and recited it to them, but that did not help either.

His ticket was confiscated and he had to return to Bergvliet instead of heading to Joburg where he was expected to give a church service on the East Rand.

“I feel humiliated. They took away my human rights,” he said.

“I feel extremely bad about this. They didn't treat me like a human being.

He is due to fly back to England in September and is worried that he may not be allowed to board.

“I was born and raised in South Africa. But I live in England. They know my home is in London.”

DeafSA's Wilma Newhoudt-Druchen said the incident was a form of discrimination and that when DeafSA had tried to get hold of the airline through translator Francois Deysel its call centre had been closed.

Newhoudt-Druchen said DeafSA would go to the airporton Monday to try to get to the bottom of what had happened and get Axelrod's ticket refunded.