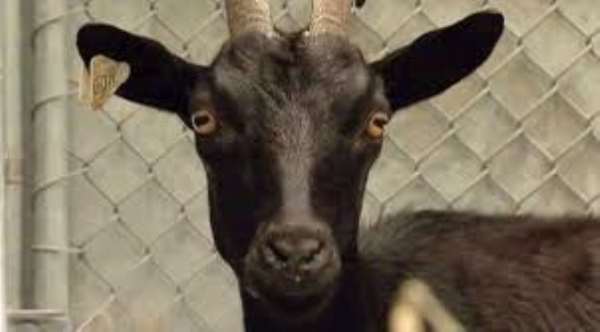 The prosecutor, Chief Inspector Antwi Sabin, said at about 1 a.m. on Tuesday, Iddrisu broke into a pen in a neighbouring house at Mankraso.

He said Iddrisu succeeded in stealing the goat and its kids and kept them in his own pen.

According to Chief Inspector Sabin, a lady, Abraham Serwaa, spotted Iddrisu taking the goats away and quickly informed the Mankraso Police.

Chief Inspector Sabin said Iddrisu was arrested in his house after the owner of the goats identified them and he was arraigned before the court.

By Joseph Kyei-Boateng / The Mirror / Ghana