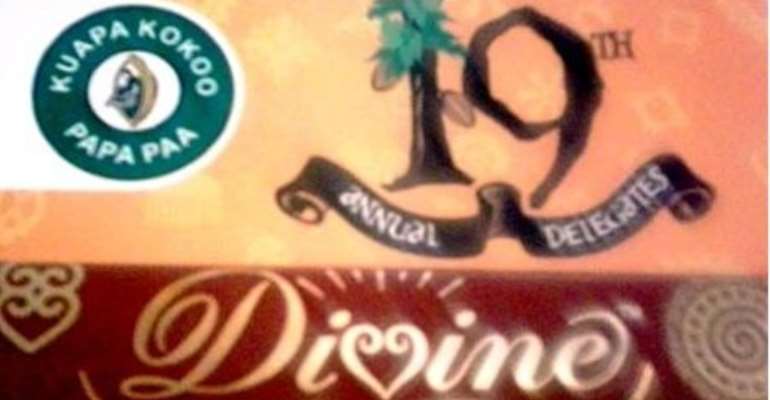 UK-based Divine Chocolate Limited has for the second year running recorded a decline in turnover.

The figures have dropped from £10.4m recorded in 2010, representing a cumulative 27.6% decline in total revenue for the past two years. The closure of partner shops in the UK has been attributed to sales decline.

However, Managing Director of Divine, Sophi Tranchell, says the company made a profit of £45,000, though shareholders will not receive dividend due to a slight drop in turnover.

“I am glad to say we think we have reversed that trend this year, we are seeing a small increase in turnover and a much better margin”, she told the 19th Annual Delegates Conference of Kuapa Kokoo in Kumasi.

Divine has a five year commercial strategy which focuses on building the brands to their full commercial potential.

Sales in the USA also increased to $4.6 million but yet to break even in that market.

Sophi is confident a commercial team instituted will see to the significant growth of the US business.

Ghana's Kuapa Kokoo Farmers Union owns 45 percent shares of Divine Chocolate. All chocolate products products are made from cocoa from Kuapa, the biggest cocoa farmers' organization in the Fairtrade system.

The farmers' co-operative delivers more than five percent of Ghana's cocoa and approximately one percent of the world's cocoa.

Takoradi woman confesses she was not pregnant
39 minutes ago