Wusuta to get ICT centre 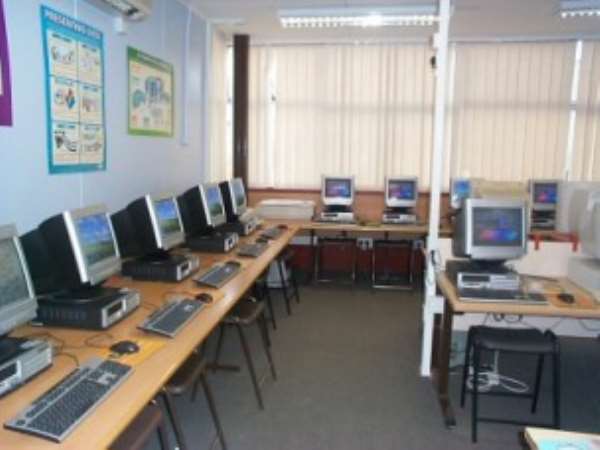 The Wusuta community in the North Dayi District of the Volta Region will soon have an information and communication technology (ICT) centre to enhance  teaching and learning in the area.

The project, which is at the roofing level is estimated to cost GH¢328,000 and is being funded by the Accra Diamond Lions Club with support from Kpando Olive Lions Club while the community  provided a half acre of land for the construction of the facility.

The club is funding the project through its annual fundraising activities.

When completed, the centre will have two computer training rooms, a library, an Internet centre and a computer workshop.

The project will serve over 50,000 students from five senior high schools, two technical institutions and one vocational training centre within the catchment area of Wusuta as well as other  areas.

Until  the facility is completed, residents of the area would have to continue to travel to Kpando, covering over 24 kilometres before they could have access to ICT resources.

Speaking to the Daily Graphic in Accra, the President of the Accra Lions Club, Mr Daniel Tibu, said their decision to support the community was part of their social responsibility since students in the area had to travel long distances before they could have access to computers and Internet facilities due to lack of ICT centres in the area.

He said since students could not do without Internet facitlities, it had become increasingly necessary that every individual acquired some knowledge in that field.

Mr Tibu said in the absence of computers and internet facilities, the best teachers in the area could do was to teach students the theoreticals; a situation which hindered the progress of  ICT education thereby denying them the enormous benefits that came with the use of computers.

He said the project was also aimed at bridging the ICT gap between the rural and urban population as well as equipping the youth with the necessary skills in ICT.

Mr Tibu commended the Chief of Wusuta, Torkpeta Torgbui Amaah V, for providing a parcel of land for the construction of the project

The project  was expected to be completed in 2010, but after the club had spent GH¢60,000 with the community providing communal labour estimated at GH¢6,000, work stalled due to lack of funds.

Mr Tibu, therefore, called on well-meaning Ghanaians, philanthropists, faith-based organisations and corporate organisations to come to their aid to enable them to support the development of education in the area and the nation as a whole.