Toulon's Botha out of Gloucester game 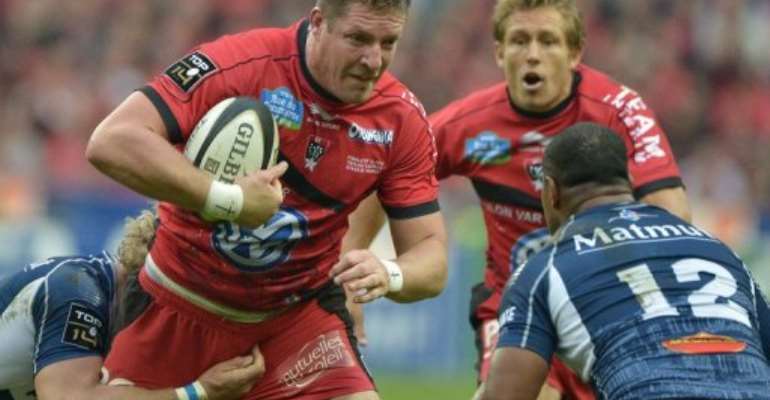 Bakies Botha (C) at the French Top 14 final between Toulon and Castre Olympique on June 1, 2013 in Saint-Denis. By Bertrand Langlois (AFP/File)

TOULON, France (AFP) - South Africa lock Bakkies Botha will sit out European champions Toulon's final pre-season friendly against Gloucester on Friday due to a back injury, his club said Thursday.

The 33-year-old suffered a blow to his back in last week's friendly victory over Racing Metro and has since had a pain-killing injection and been ordered to rest for three days.

He didn't take part in training Thursday but Toulon expect the 2007 World Cup winner to be back for the start of the new season next weekend, when his team play Montpellier.