We Are Ready For You -Security Agencies Warn Troublemakers 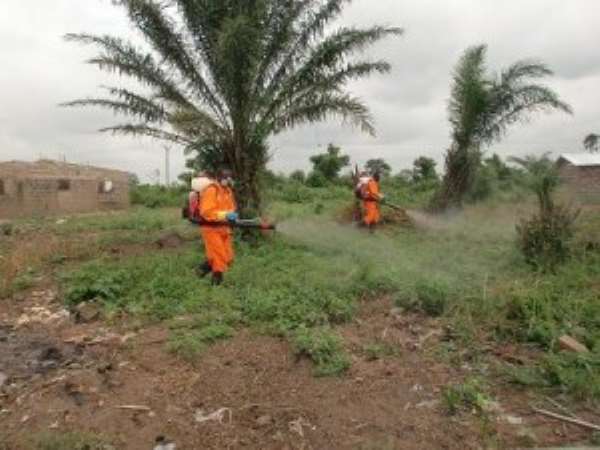 The Commanders of the various security agencies, including the Ghana Armed Forces, Ghana Police Service, Fire Service, Immigration Services, have warned the general public, particularly elements hatching plans to destabilise the peace of the country.

According to them, it would be in the best interest of any Ghanaian to either sit close to his or her television set to clap or otherwise if he or she wanted to do so, rather than pour onto the streets to cause mayhem.

'Don't try and tempt us, because we will be everywhere on the day that the Supreme Court will give the verdict to meet face to face with anybody or group of people who want to take the law into their hands,' they warned.

This was made known by the commanders of the various security agencies in Koforidua, when they addressed their men shortly after a five-hour security awareness walk through the principal streets of the New Juaben Municipality.

The men and women, whose smart and sense of combat readiness could speak volumes of their intention to clamp down on troublemakers, started the march from the premises of the Eastern Regional Police Command, through Adweso, Koforidua Zongo, Effiduase, Asokore and finally to Jackson Park.

The men, despite the smart and brisk walk, which started with some amount of energy amidst the chanting of war songs and other associated security songs, began falling back when fatigue started setting in.

However, they regained their energy after a short period, as they walked more briskly than before, and sang and danced to brass band music provided in the background by the Eastern Regional Police Band, with residents of the areas coming out to catch a glimpse of them.

Addressing the charged men and women, the Eastern Regional Police Commander, Deputy Commissioner of Police (DCOP) Yaagy Akuriba, called on the security agencies to be steadfast in these challenging times.

Throwing light on the essence of the walk, the Police Commander said this was to send a message to the general public that the security agencies were on the ground and ever ready to match any person or group of persons boot for boot in the unlikely event that they take the law into their hands after the Supreme Court verdict.

He urged the security agencies to act professionally in the unlikely event that there were misunderstandings, since their sense of professionalism would the only tool for them to gain control of situations, leading to peace.

He further assured the general public of the agencies' readiness to protect any law abiding citizen, adding that the security agencies were ready to confront any person or group of persons if they decided to do the unthinkable.

The Eastern Regional Police Commander encouraged the public to use the legal or necessary public procedures to register their displeasure if the verdict did not go their way, in accordance with the public Act 419.

He also urged the media to be circumspect in its reportage, with a special appeal to the practitioners in the electronic media to desist from airing and showing elements that had the tendency to incite mayhem.

On his part, the Commanding Officer (CO) of the 1st Infantry Battalion, Lt. Col. Fred Ntiri, re-echoed that the exercise was a clear testimony that the security agencies were ready to confront any challenges that would appear after the Supreme Court verdict.

He called on the personnel of sister security agencies to continue to walk in unity, and put the country ahead of any personal interest and protect the peace and unity.