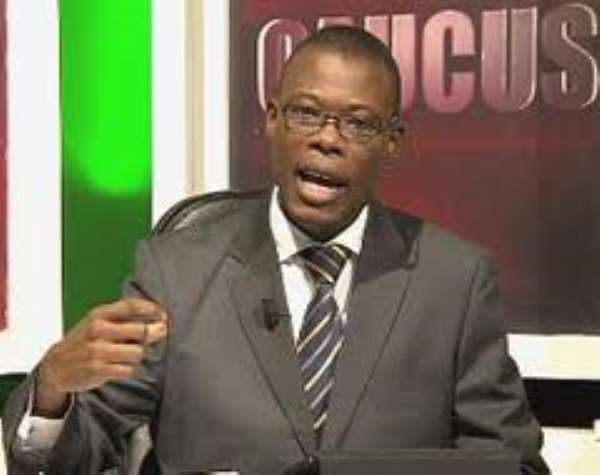 It is not clear just who Mr. Fifi Kwetey thinks he is fooling, when the Deputy Minister for Finance and Economic Planning faults the main opposition New Patriotic Party (NPP) for justifiably seeking democratic justice by petitioning the Supreme Court for the annulment of the fraudulent declaration of Mr. John Dramani Mahama as winner of the 2012 Presidential Election (See "Needless Election Petition Cause of Country's Economic Woes - Fifi Kwetey" MyJoyOnline.com/ Modernghana.com 8/4/13).

Indeed, the Member of Parliament for Ketu-South unpardonably insults the intelligence of at least a moiety of the Ghanaian electorate and, in fact, the Atuguba-presided Supreme Court panel hearing the Election 2012 Presidential Petition, when Mr. Kwetey pooh-poohs the petition as needless. Evidence adduced from the hearings, so far, ought to have thoroughly convinced Mr. Kwetey and his ilk, largely from the ruling National Democratic Congress (NDC), that they have themselves to blame for the country's economic woes.

You see, what bothers me about Ghanaian leaders like Mr. Kwetey is their apparently abject lack of conscience and reckless cynicism. He has the luxury of having competed for his parliamentary seat from the one-party enclave of the Volta Region. And, if, indeed, Mr. Kwetey is convinced that the Election 2012 Presidential Petition has to be partly blamed for the country's economic woes, then he ought to be able to also convincingly explain to Ghanaian citizens precisely what bearing the Akufo-Addo/New Patriotic Party petition has on the mega-scandal that is GYEEDA. It is also rather ironic that Mr. Kwetey would fault the Kufuor-led New Patriotic Party government for bequeathing the Mills-Mahama-led government of the National Democratic Congress with a ramshackle economy.

It would be far more interesting and productive, if the Deputy Finance Minister could honestly and objectively compare the two terms of Chairman Rawlings (1992-2000) with Kufuor's eight-year tenure and draw up the balance sheet for the Ghanaian public to pronounce its own independent judgment on the same.

If, indeed, foreign investors have been hesitant to invest in the country's economy under the tenure of the National Democratic Congress, it is largely because of the pseudo-socialist policies of the Mahama-Arthur posse and the pathologically rank level of corruption that has become the hallmark of the NDC.

On the so-called resonant success of the Eurobond loan solicitation, were Mr. Kwetey an honest man, he would also have informed his audience that at least a quarter of the amount solicited has been effectively withheld, at source, by the creditor for the defrayment of debt contracted in the past.

Mr. Kwetey also insults the intelligence of Ghanaians when he rather obtusely asserts that "It is sad that people outside Ghana are applauding government progress, while people within are doing otherwise." What is such a callous statement supposed to mean? That, somehow, the overwhelming majority of Mr. Kwetey's countrymen and women are too stolid to recognize policies aimed at their own benefit?

Indeed, if the Europeans and/or any other group of investors are lending money to the Mahama government, this may definitely be so because the NDC has effectively and nesciently mortgaged the entire future of our oil and cash-crop industry for such a mess of pottage, as it were. And, dear reader, do you really want to hear this? The fact of the matter is that the key operatives of the National Democratic Congress did absolutely nothing to facilitate the discovery and extraction of oil for the country!

And would you believe it, dear reader, if I confided to you that until just last week, I thought the acronym of "GYEEDA" was linguistically derived from either Gonja or Hausa?