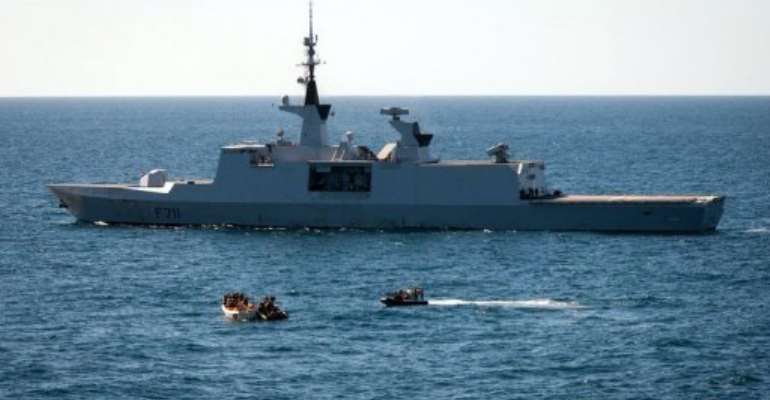 MOGADISHU (AFP) - Families of some of the more than 50 sailors and fishermen held hostage by Somali pirates begged for their release Thursday, with some imprisoned now for more than two years.

"We are in desperate condition living with little hope to see our beloved soon," said the message from families of the crew of the MV Albedo, a Malaysian-flagged container ship with 15 sailors still held, from countries including Bangladesh, India and Sri Lanka.

The Albedo, captured in November 2010, sank last month in rough seas, raising fears about the crew's fate as the ship's owner is unlikely to pay the high ransom costs demanded by the pirates without the boat.

"Please accept our sincere request as we have left with no other option than to beg for the life our family's sole breadwinners," the families said in the letter released to mark the Muslim holiday of Eid, after the end of the holy month of Ramadan.

"We have not celebrated any festival since the last three years and have forgotten even to laugh," they added in English, calling on Somalis worldwide to help them convince the pirates to release their relatives.

The letter was released by the Maritime Piracy Humanitarian Response, an organisation supporting those captured by gunmen on the high seas.

At their peak in January 2011, Somali pirates held 736 hostages and 32 boats, some onshore and others on their vessels.

Attacks off Somalia's pirate coastline have dropped dramatically in the past two years, but the gunmen still hold at least 54 sailors and one large boat, the Taiwanese-owned fishing boat Naham 3.

Foreign special forces have launched raids to rescue their nationals, including one last year by US elite commandos who swooped in by helicopter to free two aid workers held for three months.

But those left behind come largely from nations without the capabilities or desire to send in troops to rescue impoverished fishermen.