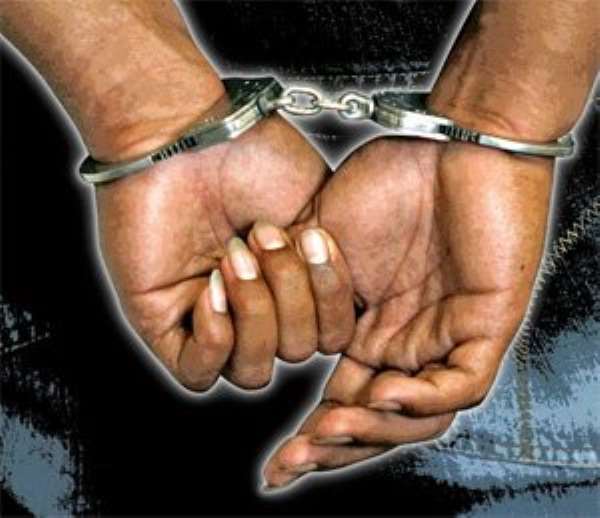 SIX NIGERIANS are in the grip of the law and currently languishing in police custody for allegedly defrauding a Czech Republic national of over â‚¬300,000 under the pretext of assisting him to buy gold in Ghana.

The accused persons, according to the police, managed to forge various state documents including the President's letterhead with the Coat of Arm embossment to deceive their victim to believe they were genuine.

At an Accra Circuit Court presided over by Seyram Azumah, all the accused persons were charged with conspiracy to commit crime and defrauding by false pretence. Alex and Eric were further charged with forgery of document.

The accused persons, who pleaded not guilty to the charges, were however refused bail by the court and remanded to reappear on August 13.

The prosecutor, DSP Abraham A. Annor, presenting the facts of the case, disclosed that about four years ago the accused persons conspired and lured the complainant into the country with the promise of assisting him to buy gold.

Alex allegedly posed as lawyer Kotey Ashie and forged the documents with the Ministry of External Affairs receipt No0523 with a face value of $8,700.00, UN Security Department Appointment Permit and Ghana Bar Association document certifying lawyer Kotey Ashie as true member of the bar.

These documents were used in enticing the complainant into parting with $11,500.00 and 300,000 Euros in the course of negotiations.

The prosecutor narrated that on July 28, 2013, Peter, now at large, together with Alex, Ufoma, Michael, Kelechi and Manice informed the complainant on arrival in Ghana on July 20, 2013 that the gold had been impounded by police.

The accused persons who pretended they were ready to refund the money rather handed cut pieces of papers into various currency sizes and in various denominations and gave them to the complainant as genuine euro notes.

Before then, Peter and Ufoma had allegedly demanded $2,000.00 from the complainant to settle police for the release of the gold.

However, the complainant, who had then come to the realization that he had been defrauded, reported the matter to the police and Alex was arrested with all forged documents. Eric Michael and Kelechi were also arrested.

Jimi Abass who called and directed the complainant to come with $2,000.00 and for the gold around Kingsby roundabout in Achimota was also trailed by the police and arrested but his other accomplices managed to flee.

On August 1 when their various apartments were searched, the police allegedly retrieved SIM cards, documents meant for or used in defrauding their victims and a laptop with a forged softcopy of Ecobank International certificate and other documents.