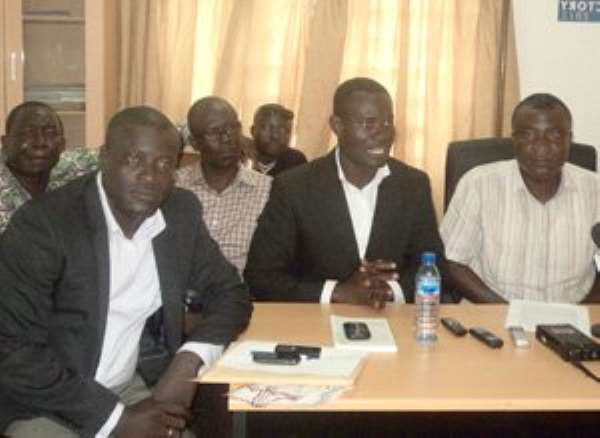 The group is, therefore, gearing up to stage a Justice March across some principal streets in the country.

This march is in protest against the seeming selectiveness of the police order which, on one hand, has restrained all forms of demonstrations perceived to affect the image of the ruling National Democratic Congress(NDC), yet has given several NDC groups the green-light  to stage demonstrations.

According to the Young Patriots, the latest green-light given to NDC activist Steven Atubiga to convene demonstrators to march for peace demonstrates selectiveness.

'The approval by the Ghana police for an NDC group to embark on a so-called peace demonstration is discriminatory and only goes further to fuel perceptions that the Ghana police is there to protect and do the bidding of the NDC party and the President but not to guarantee and protect the rights of all Ghanaians,' stated a Tuesday press release signed by the group's leadership, including Richard Nyamah, Fred Amankwah Sarfo, Hopeson Adorye, John Kumah.

'As a result of this permission to demonstrate by NDC, we the Young Patriots are by this press statement announcing our intended Justice March on the same day as the Peace March as there can be no peace without justice.'

The ban on demonstrations by the Ghana police has prevented the Young Patriots   from demonstrating on two occasions, AFAG twice, Progressive People's Party (PPP) once, the Let My Vote Count Alliance (LMVCA) has been stopped once. Also, a prayer session in Kumasi perceived to be convened by pro-NPP groups was also stopped.

'We find this capricious and selective use of the powers of the Ghana police unacceptable,' the group charged.

'Though the move is illegal and unwarranted, the Young Patriots, for the sake of peace and to prevent our detractors from labelling us violent, decided not to challenge the matter through the courts nor defy the order,'

This decision of the Young Patriots is likely going to pit the police against  the NPP group as the police have vowed to quash any demonstration within the stipulated time frame the Service has given.

Compromise?
Meanwhile, the Police Service on Tuesday met leadership of the NPP where the two pledged to commit themselves to working together to maintain law and order in the country at all times, including the aftermath of the election dispute in court.

Party chairman, Jake Obetsebi Lamptey, called on the Police to use consensus building and advocacy in their approach to providing security rather than the use of force. The party also put its concerns before the police and called for steps to be taken to address them.

In response, the Inspector General of Police (IGP), Mohammed Ahmed Alhassan said that the priority of the police in this whole affair was to engage stakeholders in peace talk rather than the use of force, hence his engagement with some stakeholders and identifiable groupings.

He urged the NPP to continue the collaboration with the police to achieve the peace that we all desire after the determination of the court case.