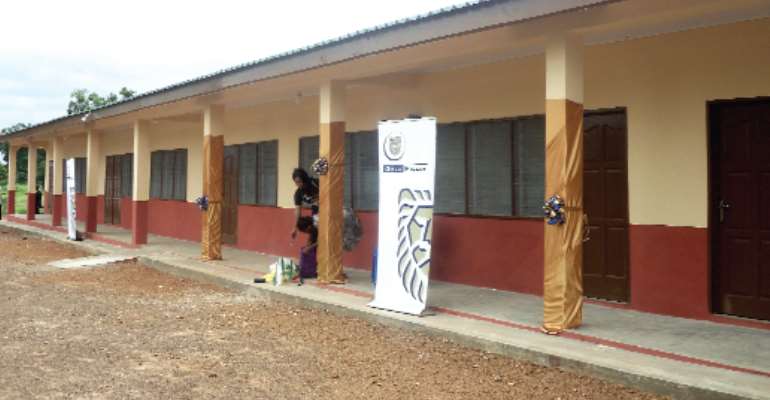 The facility comes with furniture and a staff common room to replace the old school building which was on the verge of collapse.

Addressing the gathering, Mrs Ndhlovu said the project would provide a conducive atmosphere for the children to study.

She thanked Gold Field Ghana for the support and expressed the hope that other companies would emulate its example.

Mr Baku pledged the commitment of the company to support infrastructural works.

He said the company would build an ICT centre at the Huni Valley Primary School in fulfilment of the pledge Gold Fields Ghana made in support of the funeral of President J.E.A. Mills last year.

To date, he said, 964 students had enjoyed or continue to enjoy scholarships and bursaries at senior high, vocational and tertiary levels of education from Gold Fields.

He suggested that the school be named after former President Nelson Mandela.