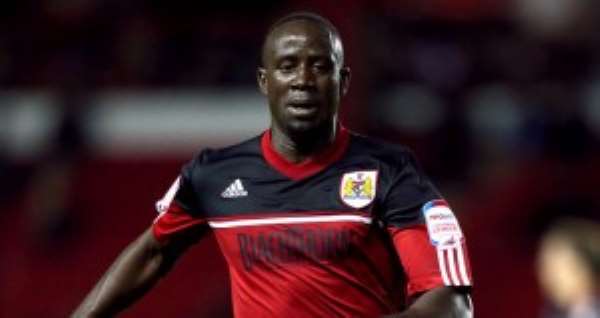 Albert Adomah is set to join English Championship side Middlesbrough after Bristol City accepted a £1m offer as the Ghanaian winger will undergo a medical on Tuesday, insiders have told GHANAsoccernet.com.

The 25-year-old has arrived in the North East on England on Tuesday morning and will sign the deal if he passes the medical.

The revelation means Middlesbrough have beaten Wigan to the signature of the speedy Ghanaian winger after the latter had two bids rejected.

He will complete the deal on Tuesday afternoon if he passes the medical as he has already agreed personal terms with the club, friends close to the player have told Ghana's leading football news website www.ghanasoccernet.com

Bristol City boss Sean O'Driscoll left the former Barnet forward out of his squad for Saturday's draw with Bradford City.

Boro manager Tony Mowbray had previously refused to discuss names, but admitted bids had been made for his summer targets when Adomah's name was mentioned.

Ghana international Adomah has scored 17 goals in 136 appearances at Ashton Gate since his move from Underhill in July 2010.

His move to Middlesbrough will boost his chances of playing for the Black STars as his stay in the third tier of English football could have ruined his chances.